Bob Corker is known around Washington as a sensible pragmatist, not a thin-skinned hothead. So when the powerful chairman of the Senate Foreign Relations Committee lashed back at President Trump, the whole town took notice.

“It’s a shame the White House become an adult day care center. Someone obviously missed their shift this morning,” Corker wrote in a biting tweet Oct. 8, after Trump targeted the Tennessee Republican in a series of dubious Twitter attacks.

Corker wasn’t done. In a follow-up interview, the two-term Republican said the President was setting the U.S. “on the path to World War III” and treating his office like “a reality show.” Corker also suggested that many of his Senate colleagues shared his sense of unease. “He concerns me,” Corker told the New York Times. “He would have to concern anyone who cares about our nation.”

Coming from one of the party’s top lawmakers, it was an extraordinary criticism of a Republican President. And it landed on the heels of an NBC News report four days earlier that Trump’s own Secretary of State, Rex Tillerson, had called the President “a moron” after his two-and-a-half-hour visit to the Pentagon to discuss national security with military and civilian brass. Though the nation’s top diplomat marched to the microphones to dismiss the allegation, Tillerson declined to explicitly deny that he had used those words, raising broader questions about how worried Trump’s ostensible partners are about the capacity of the boss.

Trump is no stranger to Twitter feuds. But the clash with Corker was more dangerous than his typical spats with Republican lawmakers, professional athletes or late-night comedians. It has the potential to paralyze the President’s agenda, much of which runs through Corker’s committee. Although the presidency has broad — often unilateral — powers on foreign policy, paying for bombs and diplomats requires Congress to sign off. At the same time, Trump is moving forward on a domestic program that includes tax cuts and an overhaul of the U.S. immigration system. With 52 Republican Senators, the White House has little room for defections.

Corker has shown an independent streak. During the campaign, he criticized Trump for picking an ongoing fight with a Mexican-American judge, and after he was caught on video bragging about sexual assault. More recently, Corker was critical of Trump’s reaction to white nationalists marching in Charlottesville, Virginia. Corker has expressed concerns about the red ink that might come with Trump’s tax plans. Having announced that he will retire at the end of 2018, Corker, once a key Trump ally, could emerge as a leading check on some of the President’s worst impulses. As enduring as Trump’s support is among his shrinking base, the war of words was a reminder that rest of the GOP would turn on Trump in a minute if given a consequence-free chance.

While he may not be a household name, Corker is respected by his Republican peers and among the most powerful men in Washington by virtue of his chairmanship. Previous leaders of the Senate’s panel on international affairs include the likes of Democrats John Kerry and Joe Biden and Republicans Richard Lugar and Henry Cabot Lodge — legislative giants who foiled and fostered foreign policy from their perch atop a committee that dates to 1816. When Corker came forward in April 2016 to praise Trump’s first major foreign policy speech, he helped legitimize Trump at a moment when much of the GOP was unwilling to accept the New York mogul as the leading contender for the party’s nomination.

A former Chattanooga mayor and real estate developer himself, Corker took on the role of Washington sherpa to the political newbie, often balancing the advice of Jeff Sessions, then a Senator and now Trump’s Attorney General. Corker began to advise Trump’s rag-tag improv troupe of a campaign, defended his flights of rhetoric, and argued the candidate would mature in the Oval Office as he surrounded himself “with lots of very highly qualified people.” In recognition of that support, Trump considered the Tennessean for the role of running mate, and later as a possible Secretary of State. During Corker’s interview for the diplomatic job, he gave the then-President-elect a tour of the world’s hotspots along with his take on them. Almost invariably, Trump disagreed with the diagnosis. So Corker stayed in the Senate, chairing a committee that would ratify or reject all of the White House’s choices for major State Department positions and its diplomatic corps around the globe.

But if Corker held out hope that Trump’s instinct to fight would fade, he has been sorely disappointed. The senator was dismayed in recent weeks by the President’s taunts against the NFL, his complaints about news coverage, and especially his provocations aimed at North Korean leader Kim Jong Un, whom Trump dubbed “Rocket Man.” Meanwhile, Corker has sought out and fostered a friendship with Tillerson, whose own relationship with the White House is increasingly frosty. After Tillerson faced questions about his longevity at the State Department on Oct. 4, Corker met with reporters to praise the Secretary — along with Secretary of Defense Jim Mattis and White House chief of staff John Kelly — as the “people that help separate our country from chaos.” It was clear who is keeping Corker awake at night.

And Trump didn’t appreciate the assessment. He took to Twitter to allege that Corker had “begged” for Trump’s endorsement (a claim Corker’s chief of staff denied strongly) and “didn’t have the guts to run!” Then Trump told Forbes that Tillerson, the former CEO of Exxon, isn’t as smart as he thinks he is. “I guess we’ll have to compare IQ tests,” the President said. “And I can tell you who is going to win.”

Corker’s concerns are widely shared by Congressional Republicans, who have been frustrated with the President’s impulsive approach. Conservatives felt betrayed by Trump’s agreement with Democrats to extend Obama-era protections for immigrants whose parents brought them illegally to the country as young children. Trump’s fans worry he might abandon plans to build a wall on the U.S.-Mexican border. Wall Street worries he could fail to deliver on the promise of tax cuts.

Yet few want to sustain the spat. Voters already hold Congress in low regard, and Republicans haven’t exactly acquitted themselves well despite nine months unified control in Washington. Some Republicans were frustrated that Corker spoke out against a President who remains positioned to champion the party’s priorities and sign into law conservative legislation. “It’s easy to be bold,” said Rep. Mark Meadows, a North Carolina Republican and leader of the far-right Freedom Caucus, “when you’re not coming back.”

Party unity is poised to fray even further. Strategists for House Republicans are increasingly jumpy about next year’s elections, when Democrats have to net just 24 seats to reclaim a majority. Taking the House would give Democrats a chokepoint against the GOP’s agenda. Trump’s feuds with his adoptive party could imperil incumbent Republicans: of the 54 House districts that were decided by 10 percentage points or less, Republicans are defending 34. Historically, the president’s party has lost ground in 18 of the last 21 midterm cycles — 33 seats on average. Some wonder if it’s time to dust off the playbook from the George W. Bush era, when candidates asked the unpopular President to sit out the 2006 midterms and to go to Africa during the party’s 2008 nominating convention. The current President might sacrifice Republicans’ hold on Congress to settle grudges — precisely the type of impulsive behavior that prompted Corker to speak out.

Despite the GOP’s slim two-vote cushion, holding the Senate has seemed like a safer bet. But that may be changing. Steve Bannon, Trump’s former chief strategist, is working to recruit and fund a slate of far-right candidates against Establishment Republicans in states like Utah, Mississippi and Arizona. Bannon’s barometer of success is disruption: he is backing candidates on the condition that they pledge to depose Senate Republican Leader Mitch McConnell. Already, Bannon-backed contender Roy Moore bested Trump-backed incumbent Luther Strange in Alabama’s Sept. 26 primary.

Asked on Oct. 9 about Corker’s assessment, McConnell didn’t take the bait. “He’s a particularly important part of the budget debate,” McConnell said of Corker, a characteristically understated way of warning Trump that his tax cuts are far from guaranteed — especially if he keeps needling fellow Republicans. But the President only embraced the drama: on Oct. 10, he tagged Corker, who stands 5-foot-7, with a new nickname: “Liddle Bob.” It was a throwback to the campaign, when Trump routinely disparaged rivals with insulting nicknames like Lyin’ Ted, Crooked Hillary and, yes, Liddle Marco.

For Trump, the campaign made him a winner, and he sure likes that feeling. 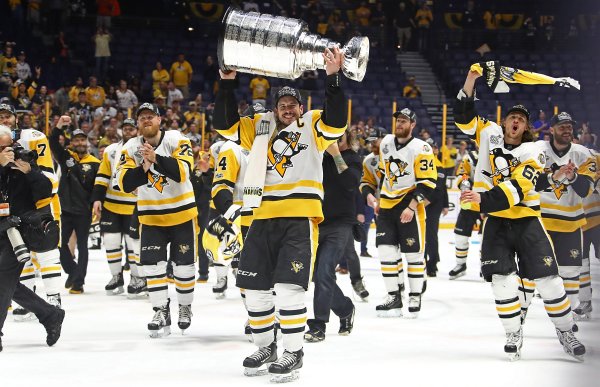