Film producer and studio executive Harvey Weinstein laughs at remarks directed at him by first lady Michelle Obama as she hosts a workshop at the White House for high school students about careers in film in Washington on Nov. 8, 2013.
Kevin Lamarque—Reuters
By Alana Abramson

Five days after the New York Times report emerged about the decades of sexual harassment allegations levied against Harvey Weinstein, Barack and Michelle Obama released a statement condemning the behavior of the Hollywood mogul and major Democratic donor who had also employed their daughter.

“Michelle and I have been disgusted by the recent reports about Harvey Weinstein. Any man who demeans and degrades women in such fashion needs to be condemned and held accountable, regardless of wealth or status,” the former President and First Lady said Tuesday. “We should celebrate the courage of women who have come forward to tell these painful stories. And we all need to build a culture – including by empowering our girls and teaching our boys decency and respect – so we can make such behavior less prevalent in the future.”

A spokesperson denied “any allegations of non-consensual sex” in response to both reports.

Weinstein, one of the Democratic party’s most high-profile and prominent donors and fundraisers, contributed more than $70,000 to Obama’s reelection campaign in 2012, according to FEC documents. He also employed the Obamas’ eldest daughter Malia last year when she took a gap year before entering Harvard University this fall.

Weinstein was terminated from his company following the allegations. 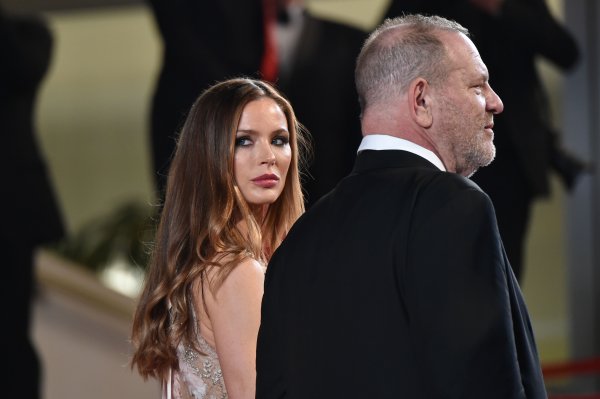 Harvey Weinstein's Wife Is Leaving Him: 'My Heart Breaks for All the Women Who Have Suffered'
Next Up: Editor's Pick