Allegations against Harvey Weinstein continue to pile up. In new reports, three women say that the Hollywood producer sexually assaulted them, while Gwyneth Paltrow and Angelina Jolie came forward with their own allegations of sexual harassment against the mogul.

The new claims hit Tuesday in two separate pieces by The New Yorker and the New York Times, coming just days after the Times’ bombshell report on decades of sexual harassment allegations against the former co-chairman of the Weinstein Company and the founder of Miramax. Weinstein was fired from his role as co-chairman of the Weinstein Company. Actors Rosanna Arquette and Mira Sorvino have also come forward with their own sexual harassment allegations against Weinstein, while a number of celebrities who have previously worked with the mogul, including Meryl Streep and Judi Dench, have spoken out against his alleged behavior.

The New Yorker investigation, written by Ronan Farrow, includes the stories of two women — Asia Argento and Lucia Evans — who say that Weinstein forced oral sex on them, while an unnamed woman alleged that Weinstein “forced himself on me sexually.” Four others told The New Yorker that Weinstein touched them without their consent “that could be classified as an assault,” according to The New Yorker. In total, 13 women, including actors Mira Sorvino and Rosanna Arquette, told the magazine about allegations of sexual harassment or misconduct. The story also includes new audio from an NYPD sting operation in which Weinstein appears to admit to groping actor Ambra Battilana Gutierrez, who first came forward with allegations that the producer groped her in 2015.

Later on Tuesday, the New York Times published a new story in which Paltrow, Jolie and a number of others accused Weinstein of harassment.

The actor and entrepreneur, who has starred in a number of Weinstein’s films and won an Oscar for her role in Miramax’s Shakespeare in Love, told the New York Times that after she was hired her to star in Emma, he asked her to meet at the Peninsula Hotel. Weinstein placed his hands on her and suggested they give each other massages, according to Paltrow. She said she refused his advances and he threatened her not to tell anyone else about the encounter (though she told her then-boyfriend Brad Pitt, who she says later confronted Weinstein.)

In an email to the Times, the star said that she had a “bad experience with Harvey Weinstein in my youth” and refused to work with him again. “This behavior towards women in any field, any country is unacceptable,” she said.

In 1997, the then-21 year old actor, who appeared in Miramax’s B Monkey, told The New Yorker that she was invited to a party being thrown by Miramax. But she was instead taken to a hotel room that was empty except for Weinstein. After she reluctantly agreed to give him a massage, she claims that he then began to perform oral sex on her without her consent. Argento said that Weinstein continued to contact her and that she eventually had consensual encounters with him over a period of five years.

After meeting Weinstein in 2004, Evans told The New Yorker that he would call her up at night to ask for meetings. Evans declined until he had his assistant schedule daytime meetings with Weinstein and a female casting executive. She said that at the meeting, he forced her to perform oral sex on him.

The actor, who won an Oscar for her role in Miramax’s Mighty Aphrodite, told The New Yorker that she ended up in a hotel room with Weinstein at the 1995 Toronto International Film Festival, where he gave her a massage and “then tried to get more physical.” She left the room after telling him that she didn’t date married men. She said that Weinstein showed up at her apartment after midnight weeks later, but she got him to leave after telling him her boyfriend was on his way over.

The actor, who appeared in Weinstein’s Pulp Fiction, told The New Yorker that she was directed to the producer’s hotel room when she arrived for a planned dinner at the Beverly Hills Hotel in the 1990s. Weinstein asked for a massage, which she declined. He then grabbed her hands and attempted to guide them toward his penis before she declined. Arquette’s sister Patricia has spoken out against Weinstein since the publication of the New York Times‘ investigation. Arquette also discussed her experience with the Times.

In 2010, the French actor met Weinstein for lunch, she told The New Yorker, where he told her about a role in a book adaptation he was working on. He told her the book was up in his hotel room, she says, and after initially resisting, she agreed to go up to his room. She claims that Weinstein got naked and told her to lie down on the bed.

The actor told The New Yorker that in 2011 Weinstein invited her to a business meeting at the Peninsula Hotel so they could discuss her career privately. She claims that he discussed giving her a role in a new film and asked her to give him a naked massage in bed. When she attempted to leave, he told her that she needed to lose weight if she wanted to make it, Barth said.

Roberts, now a psychology professor at Colorado College, told the Times she met Weinstein when she was working as a waitress in New York over summer break. She said Weinstein encouraged her to pursue a career in acting and invited her to a hotel room, where he was allegedly nude in the bathtub and told her she needed to be comfortable showing her body. She left the room.

After a daytime business meeting, the actor told the Times that Weinstein asked her to come to his apartment so he could pick something up. He emerged in a bathrobe and asked her to give him a massage, telling her “everybody does it,” according to the Times. She refused.

The French actor told the Times that she went up to Weinstein’s hotel suite after a business meeting to discuss a marketing and Oscar campaign for a film they worked on. She said Weinstein asked her to give him a massage and that he then “was pressing against me and pulling off my sweater.” She left the room and called a female Miramax executive, who advised her to keep quiet. 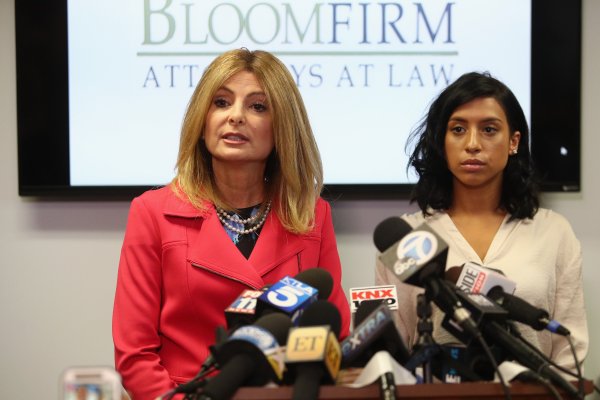