When President Donald Trump’s administration recently issued new rules immediately rolling back the federal requirement that employers cover birth control in their health insurance plans, it not only cited religious freedom concerns, but also cast doubt on the safety and effectiveness of contraception.

In the rules, issued by the Department of Health and Human Services, the administration listed side effects and health risks it said can be associated with certain types of contraception, and said it may not “advance the government interests” to mandate birth control access to teenagers and young adults. “Imposing a coverage Mandate on objecting entities whose plans cover many enrollee families who may share objections to contraception could, among some populations, affect risky sexual behavior in a negative way,” the rules said.

But scientists and health care providers who study contraception have found that birth control coverage does not lead to riskier sexual behavior. “There is no evidence to support the idea that giving contraception promotes sexual activity,” says Dr. Jeffrey Peipert, chair of the obstetrics and gynecology department at Indiana University School of Medicine, who has studied the effects of contraceptives. “These are myths that are to the detriment of public health. I would argue that not providing contraception is clearly increased risk-taking behavior.”

In 2014, Peipert and his colleagues at Washington University in St. Louis published research that found that providing women with no-cost contraception did not increase the likelihood of riskier sexual behavior. In fact, researchers found a statistically significant decrease in the number of sexual partners people reported from the last month, and they found no evidence of increased sexually transmitted infections.

The analysis was part of a large study called the Contraceptive Choice Project, in which more than 9,000 women and teen girls in the St. Louis area were given the reversible birth control method of their choice, free of charge, and told about the benefits of long-acting contraceptives like IUDs and implants. Rates of unintended pregnancy and abortion fell significantly among all age groups in the study—particularly for teens. Rates of abortion and pregnancy among teens in the study dropped to less than a quarter of the national rates for sexually active teenagers.

These findings underscore how important affordable birth control is to positive health outcomes, says Dr. Tessa Madden, an associate professor of obstetrics and gynecology at Washington University in St. Louis, who also worked on the Contraceptive Choice Project. “We know that contraceptive methods like IUDs and implants are the most effective reversible methods at preventing pregnancy. But they are also the methods associated with the highest upfront cost,” she says. “There are very real consequences to essentially making contraceptive methods more expensive for women. It decreases access.”

More than 55 million women accessed birth control at no cost under the Affordable Care Act’s mandate, and hundreds of thousands of them could lose that coverage if their employers cite a religious or moral objection to take advantage of the Trump administration’s new exemptions. While the new rules will likely be challenged in court, experts say the consequences of some women losing access to affordable birth control could be quite negative.

Since the 1980s, close to 50% of pregnancies in the United States have been unintended. That number, as well as the rate of teen pregnancies and abortions, has decreased in the past few years as more women have turned to more effective forms of birth control. A 2016 study in the Journal of Adolescent Health found that these large declines in teen pregnancy were due not to a change in sexual activity, but rather to “improvement in contraceptive use.” While sexual activity remained consistent, the share of teens who used any kind of contraceptive rose from 78% in 2007 to 86% in 2012, the study found, and teens were more often combining methods and using more effective methods, such as IUDs, implants or the pill.

“We have strong data that shows the most effective contraceptive methods have played a key role in declining unintended pregnancy rates in the U.S., so imposing barriers to access could have the consequence of increasing unintended pregnancies,” says Laura Lindberg, the lead author of the study and a researcher at the Guttmacher Institute.

When it comes to teenagers, the group that the Trump administration expressed particular concern about, experts say the stakes are particularly high. “The evidence is very clear that people make decisions about having sex at a certain age, and that has nothing to do with whether or not they have contraception,” says Dr. Krishna Upadhya, a Johns Hopkins pediatrician who specializes in adolescent health. “If you don’t give teenagers access to contraception and to messages to prevent sexually transmitted infections, what does happen is their rates of sexually transmitted infections or pregnancy will go up.”

Peipert says the administration’s new policy could not only lead to spikes in unintended and teen pregnancies, but also in infant and maternal mortality and in the rate of abortions—the outcome many conservatives most fiercely oppose. Unintended pregnancies can also hinder women’s education, careers and economic independence, which can wind up costing the government more money, according to Peipert.

“You can’t have it both ways. You can’t say we don’t want abortion or we’d like to reduce abortion in the country, yet we don’t want to fund or provide contraception,” he says. “It’s really about our society and our country’s feeling about women. Women should be empowered to control their reproduction.” 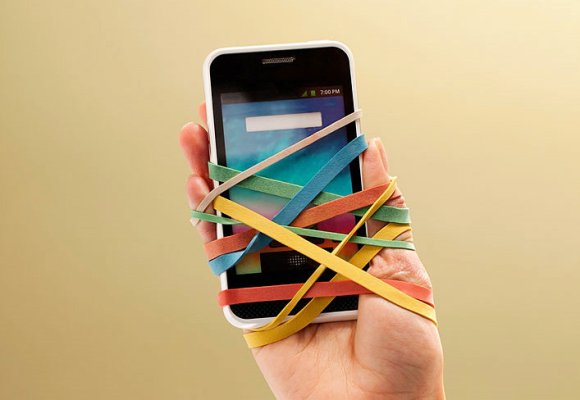 Is Your Kid Hooked on Smartphones? 5 Tips for Parents
Next Up: Editor's Pick