Malcolm in the Middle star Frankie Muniz revealed Monday that he doesn’t remember most of his childhood, including acting in the television sitcom, following a series of head injuries.

Muniz, who is now competing on ABC’s Dancing With the Stars, said he has suffered at least nine concussions and a “fair amount of mini strokes,” which he said might have resulted in his severe memory loss.

“I’ve gotten to really do anything I’ve wanted to do,” Muniz said in a pre-recorded interview that aired on the dancing competition Monday night. “But the truth is, I don’t really remember much of that.”

“It makes me a little sad,” he added.

It’s unclear how the child television star — who later became a race car driver and a musician — sustained the head injuries or why he had the mini strokes, which is also known as a transient ischemic attack. Muniz said he never went to the doctor for his memory problems.

The theme of Monday night’s Dancing With the Stars episode was “The Most Memorable Year.” “Most people would think that my most memorable year would be the year Malcolm in the Middle started because it allowed me to live all these dreams of mine,” Muniz said. But because he remembers very little of the six years the show aired, between 2000 and 2006, Muniz said his most memorable year was 2017, the present.

Actor Bryan Cranston, who portrayed Muniz’s father on the comedy sitcom, said he takes it upon himself to remind Muniz of the experiences they had together on the show. “My job is to tell him to remember what happened on Malcolm in the Middle,” said Cranston, who went on to star in the hit series Breaking Bad. “What a life.” 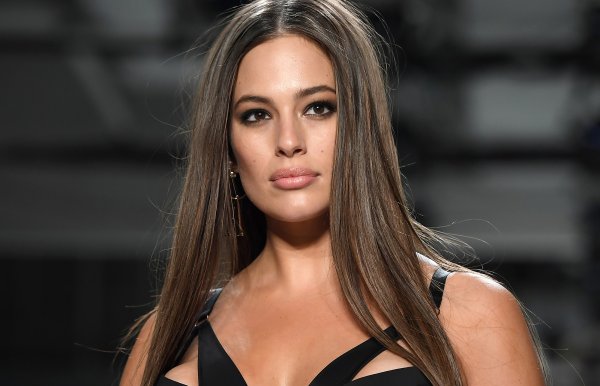 Ashley Graham Schools Her Body Shaming Haters: 'I Love the Skin I'm In'
Next Up: Editor's Pick