This year, National Coming Out Day 2017 — which falls on Wednesday — marks both the 29th anniversary of the day’s observance and the 30th anniversary of the March on Washington for Lesbian and Gay Rights, which called for President Ronald Reagan to address the HIV/AIDS epidemic.

“Most people think they don’t know anyone gay or lesbian, and in fact everybody does,” Rob Eichberg, the activist and AIDS patient who came up with the idea for the holiday with Jean O’Leary, said in 1993, according to his New York Times obituary. “It is imperative that we come out and let people know who we are and disabuse them of their fears and stereotypes.”

But the idea of coming out is much older than 29 years — though the early implications of the phrase weren’t quite the same as they are today.

Scholars say the first uses of the term “coming out” didn’t refer to gay people coming out to the wide world, but rather, gay people coming out to other gay people. The phrase itself had long been used, and still is, to describe when well-bred young women were introduced to society and the world of eligible bachelors. So it was that, before World War II, an elite group of gay men “came out” at drag balls modeled after the debutante balls in the nation’s biggest cities, according to historian George Chauncey’s Gay New York: Gender, Urban Culture, and the Making of the Gay Male World.

“The coming out of new debutantes into homosexual society,” a spring 1931 Baltimore Afro-American article began, “was an outstanding feature of Baltimore’s eighth annual frolic of the pansies.”

The more personal idea of coming out to the people in one’s own life took decades to develop from that idea, though drag balls did not fade away. As Chauncey notes, that means there was a shift from that specific meaning to a more colloquial sense that in order to “come out” one must have previously been “in” something.

So what about that other side of the equation? It’s not clear exactly when the “closet” metaphor came to be associated with the phrase “coming out,” though it appears not to have been widely used before the 1960s. In fact, Chauncey’s research found a distinct absence of the term “closet” in novels, diaries or letters from the early 20th century period. But people did use other metaphors:

More Americans would “come out” — or at least meet men or women for whom they had romantic feelings — during and after World War II, a key turning point, as the draft brought together Americans nationwide and shipped them abroad together.

“The army then acted like a giant centrifuge, creating the largest concentration of gay men inside a single institution in American history,” Charles Kaiser argues in The Gay Metropolis: The Landmark History of Gay Life in America.

Thus, the gay liberation movement of the ’60s and ’70s traces some of its roots to the post-war era, and the clash between those who had gone to war and those left behind on the home front, who hadn’t necessarily had parallel experiences that opened their minds.

“Many minds were opened by wartime, during which LGBT people were both tolerated in military service and officially sentenced to death camps in the Holocaust,” as women’s studies scholar Bonnie J. Morris has written. “This increasing awareness of an existing and vulnerable population, coupled with Sen. Joseph McCarthy’s investigation of homosexuals holding government jobs during the early 1950s outraged writers and federal employees whose own lives were shown to be second-class under the law, including Frank Kameny, Barbara Gittings, Allen Ginsberg and Harry Hay.”

Together with the example of the successes of the civil-rights movement, the ingredients were there for the beginnings of a movement for equality for LGBTQ Americans. 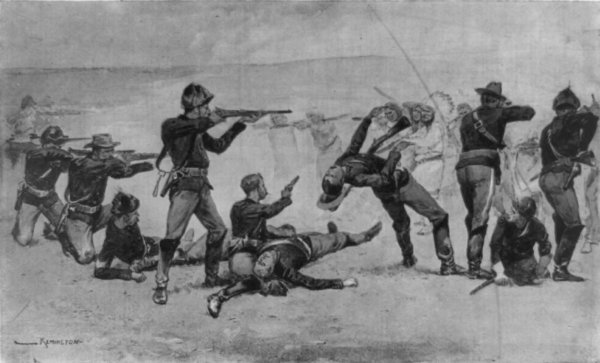 Las Vegas Was the Deadliest Shooting in Modern U.S. History. Here's Why 'Modern' Is So Important
Next Up: Editor's Pick