'You Have to Do Something.' Meet the 27-Year-Old Woman Teaching Millennials How to Run For Office

Election Night was rough for Amanda Litman. As email director for Hillary Clinton’s campaign, she remembers hearing senior staff reassure the team that their Midwestern firewall would hold, then watching Michigan, Wisconsin and Pennsylvania slowly turn red. She remembers Clinton campaign chairman John Podesta telling staff that they would fight until every vote is counted, then getting an alert that Clinton had called Trump to concede. The whole evening was a “nightmare,” Litman says.

A few days later, something lifted Litman out of her funk: an old friend sent her a Facebook message, saying she was considering running for Chicago’s city council to fix the city’s failing schools. “She was like, ‘Who do I ask for help?'” Litman recalls. “I didn’t have an answer.” The Cook County Democratic Party likely wouldn’t invest in a rookie candidate. National political organizations wouldn’t care. Organizations like Emily’s List, which support progressive women running for office, typically don’t invest in candidates running low-level local races.

Litman, 27, saw an opportunity. She began asking political friends whether any organizations supported young people who wanted to run for local office. “If it doesn’t exist, it must be hard,” she reasoned. She connected with Ross Morales Rocketto, a political operative married to one of Litman’s friends from the Clinton campaign, who had been toying with a similar idea for years. Together, Litman and Rocketto built Run For Something, an organization dedicated to funding and supporting progressive millennial candidates running for local office.

The new group launched on Inauguration Day. During its first week, 100 potential candidates reached out. Over the next nine months, that number has swelled to nearly 11,000 young first-time candidates. (The group provides support to about 75% of candidates who ask.) So far Run For Something has raised some $400,000 from roughly 5,000 donors, including Clinton’s Onward Together PAC. It has partnered with the Democratic Legislative Campaign Committee to try to turn state legislatures blue. And on Oct. 2, Litman published a book, Run For Something, essentially a how-to manual for young people to run for local office.

Run For Something is just one of several new political organizations that have cropped up since Trump’s election to help advance progressive politics outside Democratic party structures. Sister District , Swing Left and Flippable direct volunteers and resources towards progressive candidates in down-ballot races. Indivisible has harnessed activist outrage to pressure members of Congress to resist Trump’s agenda (thousands of Indivisible members staged protested ACA repeal at town halls across the country, which contributed to the bill’s first failure in the House.) But so far, Run For Something is the only new group that is explicitly and exclusively focused on building a new progressive bench of young political talent.

Litman hopes the assistance her organization provides will help young women and minorities, who are often more wary of running, take the plunge into politics. “When I talk to old white male donors, they say ‘I’ve thought about running for Governor or Congress,'” she says. “I’m like, ‘Of course you have. You know who hasn’t? The young Latina woman who should.'”

While early funding can be critical in local elections, Run For Something isn’t just about cash. It’s about providing a much-needed support system for young candidates to swap tips about everything from how to canvass to how to communicate. The group has an active Slack channel with dozens of private conversations where first-time campaigners can compare notes and receive guidance from more experienced operatives.

“A lot of those lessons I probably would have learned, but it would have been the hard way, through messing things up,” says Kellen Squire, a 32-year old emergency-department nurse and father of three who is running for the Virginia House of Delegates. Squire, who lives near Charlottesville and works in a hospital that treated victims of the Charlottesville violence in August, says guidance from Run for Something helped him at the “nascent stage,” when many campaigns struggle to get off the ground. Now he’s raised about $70,000 through mostly small donations, and says he has a real shot to oust the Republican incumbent he’s challenging. “It’s like the UVA football team going up against Alabama,” Squire says. “You can win if you play right and you don’t make too many mistakes.”

Garlin Gilchrist II is running to unseat a 3-term incumbent in the race for Detroit City Clerk this year. Gilchrist, who worked on the Obama campaign, is a voting-rights activist who wants to bring better management to the city’s troubled election process. But running for office while raising 4-year old twins is challenging, and Gilchrist, 35, says he leans on the Run For Something network to help him figure out how to balancing canvassing with childcare.

“Having a national organization saying that these races matter locally, and specifically this race matters in Detroit, and this is the guy we support, that’s really helpful for my campaign,” he says.

Most first-time candidates for office lose. But that doesn’t dissuade Litman. She cites Bernie Sanders and Hillary Clinton as examples of political hopefuls who have lost elections but still made a contribution to democracy. And with the Democratic Party still reeling over Trump’s election, she thinks it’s time to empower a new generation of candidates to step in.

“You have to stop complaining and you have to do something,” she says. “It’s better to try and lose than not try at all.” 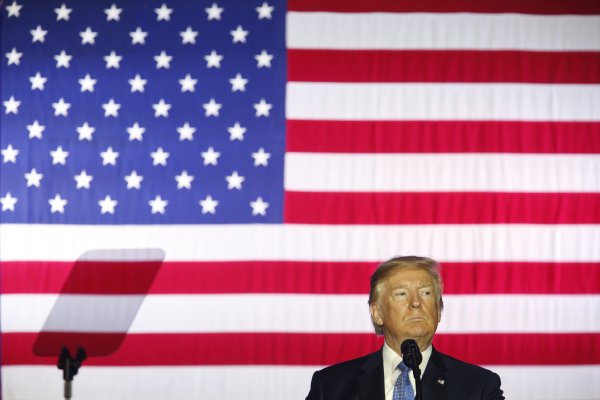