Dove Apologizes After Body Wash Ad Is Slammed For Being Racist

Dove apologized Saturday following outcry over an advert it published to Facebook that many considered to be racist.

The ad is a three second GIF that promotes Dove’s body wash and shows a black woman peeling off a dark shirt and transforming into a white woman in a beige shirt. The white woman peels off her shirt to reveal another woman.

“An image we recently posted on Facebook missed the mark in representing women of color thoughtfully. We deeply regret the offense it caused,” Dove, which is owned by Unilever, tweeted. The offending ad has been removed.

According to the Guardian, American make-up artist Naomi Blake took screen shots of the ad and shared them, commenting: “So I’m scrolling through Facebook and this is the #dove ad that comes up … ok so what am I looking at.”

The response from those on social media was swift and damning, with many questioning why Dove would feature the dark-skinned woman first.

“The message conveyed to me was that the Black Woman is dirty and once you use Dove soap, you’ll be clean and White,” one commenter said on Facebook.

Ava DuVernay, an award-winning African-American film director, denounced Dove, writing on Twitter: “You can do better than ‘missed the mark’. Flip + diminishing. Deepens your offence. You do good work. Have been for years. Do better here.”

The company issued a separate statement Sunday, saying the ad “did not represent the diversity of real beauty which is something Dove is passionate about and is core to our beliefs, and it should not have happened.”

“We apologize deeply and sincerely for the offense that it has caused and do not condone any activity or imagery that insults any audience.”

For many the apology did not suffice, with consumers dumbfounded as to how the ad ever got the go-ahead. In a tweet that received more than 13,000 likes, one user said,”Lol did this even look right to y’all? I mean your whole team sat down and cleared this [bullsh-t] right here? How?”

In 2011, Dove came under fire for its VisibleCare product. In that campaign, three women — one black, one Latina, and one white — stood in front of “before” and “after” signs to promote the body wash. 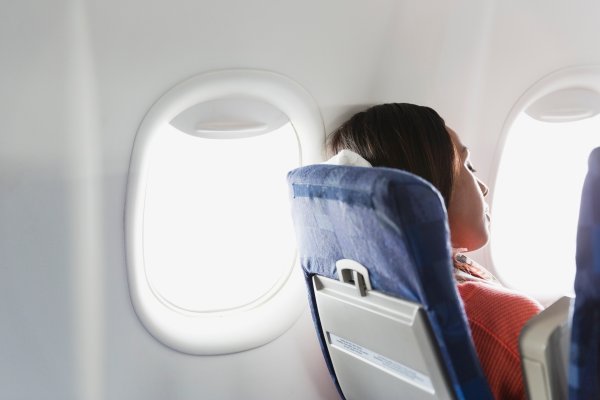 The Real Reason Why You Get Sick After Long Flights
Next Up: Editor's Pick