After the Crash: How Photography Healed a Mind

Jared Moossy can’t remember the first three months after he emerged from the coma. The Austin-based filmmaker, then 35, was critically injured in a motorcycle crash about two years ago. He was riding at about 70 mph before the head-on collision, with a sedan steered by a drunk-driver. He technically died twice that day, in the ambulance on the way to the hospital, but lived into the next one, then the next one, and so on. From the six months that followed, he can remember moments—things like color and shape and form. Walking without a cane for the first time, the color and texture of the ground, being excited. On his wedding day that December, he could remember putting on his pants, incorrectly buttoning his shirt, wearing boots. He can remember his wife-turned-caretaker, Claudia Billy Baca, packing his lunch and helping him walk, pushing him to go to rehab classes and driving him there. But specific memories, not so much, “and that’s the biggest thing.”

In an instant his life had separated into “before” and “after.” Prior to impact, he traveled frequently, and often to war. He considers each photograph as “a journal entry.” After years on the road, on his motorcycle, he had tens of thousands of entries. After impact, as he recovered from physical injuries, he sought out a way to heal the mental ones, too. “I can remember saying it all the time,” he recalls: “There’s a light at the end of the tunnel. Go towards the light.”

That light was photography. At one point in mid-2016, when Moossy and Baca were in their kitchen, he asked her if a longtime friend had gotten married. They had attended the ceremony. “Before.” He opened Instagram and found a picture. It triggered a memory: not every detail, but a lot of the trip. So he waded into his archive: a close look back at his travels, professional career and personal life. “Every case is different and every injury and brain is different,” he says. But “it started refreshing things.”

Moossy tries to rationalize it all. “It’s really scary and weird to know that there’s not just a day, but a huge chunk of my life, that I will never know.” At the same time, “I’m happy that I don’t because it helped me heal.” That’s what makes him “A Lucky Man,” the namesake of the new documentary by Reel Peak Films about the powerful role of photography during his recovery. Beyond a tale of healing, it chronicles his love story with Baca. “If it wasn’t for her, I’d be dead. If it wasn’t for her, I wouldn’t have healed the way I did,” he says. “I asked her to spend my life with me and there’s a reason why.”

The idea behind the project started as a thank-you note. Moossy wanted to send out a message of appreciation to all those who had supported him. A short video, a minute or so. “I wanted people to visually see that I was getting better,” he says, “as opposed to an email.” In 2016, after a conversation with filmmaker Shaul Schwarz and TIME director of photography Kira Pollack, Moossy and Baca welcomed Schwarz and cinematographer Christina Clusiau into their home. He didn’t pick up a camera then, and over the next few months took time to understand what his involvement should be: how to balance subject, shooter and director?

And so began the search for Jared. “I went on this search for myself, which is something that I realized I had been doing for a year and a half,” he says “Me understanding that I am not who I was.” 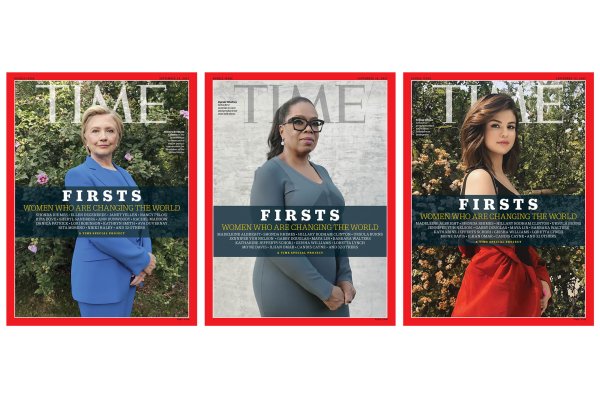 Behind the FIRSTS Project: How Luisa Dörr Shot 12 TIME Covers On Her iPhone
Next Up: Editor's Pick