Want to Win the First Round of the Baseball Playoffs? Just Win Game One

The first round of the 2017 baseball playoffs got underway Thursday, with the Houston Astros defeating the Boston Red Sox 8-2 and the Cleveland Indians blanking the New York Yankees 4-0. The National League division series, which is the first of three playoff rounds, gets underway Friday evening.

This bodes well for the Astros and the Indians, because, ever since Major League Baseball instituted the best-of-five division series in 1995, 63 of the 88 contests have gone to whichever team won the first game. If history is any guide, this means the two winners have a 72 percent chance of advancing to the league championship series, which, like the World Series, is a best-of-seven contest.

While both the Astros and the Indians had the home-field advantage, the data suggests this doesn’t make much difference compared to the “first-win advantage.” Of the 63 teams that won the first game and went on to win the series, 31 started the series as the visiting team. Major League Baseball has alternated between whether the fifth game of the series, if the teams are tied 2-2 after four games, returns to the team with the home field advantage (a “2-2-1” model) or reduces travel time by staying at the other team’s stadium, a “2-3” model.

Of course, all hope is not lost for Red Sox and Yankees fans. While a best-of-five model stacks the odds against the team that loses the first game, there are plenty of exceptions. In 1995, for example, the Mariners lost the first two games to the Yankees and, facing elimination as the series shifted from New York to Seattle, won three straight games at home to go on to the American League Championship Series, which they lost to the Indians even though they won the first game in the second round. 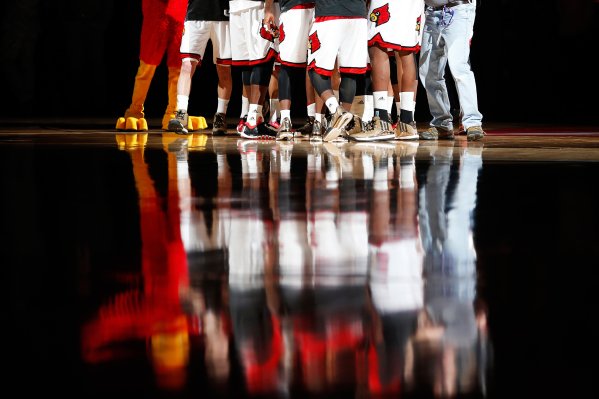 A Corruption Probe Into College Hoops Exposes More Than Shady Deals
Next Up: Editor's Pick