These Are the Women Accusing Harvey Weinstein of Sexual Harassment

Film producer and Hollywood executive Harvey Weinstein is taking a leave of absence after a New York Times report detailed decades of sexual harassment allegations against him.

According to the report, the Oscar-winning producer and Miramax co-founder invited several actors and female employees to various hotels for business meetings but behaved inappropriately when they arrived. The women allege that he asked for massages, appeared naked, and, in one case, asked a woman to watch him shower.

“There is a toxic environment for women at this company,” Lauren O’Connor, an employee at the Weinstein Company, wrote in a 2015 memo to company executives, according to the Times.

Weinstein has reached settlements with at least eight of the women who accused him of sexual misconduct, according to the Times.

In a statement to the Times, Weinstein said he is “trying to do better.”

“I appreciate the way I’ve behaved with my colleagues in the past has caused a lot of pain, and I sincerely apologize for it,” he said.

In addition to O’Connor, the story also names several other women who had reported sexual misconduct involving Weinstein, including actor Rose McGowan, Zelda Perkins (then an assistant to Weinstein), Emily Nestor (a temporary employee of Weinstein’s in 2014) and Italian model Ambra Battilana (who called New York police in 2015 after Weinstein allegedly groped her, the Times reported).

After the Times story went live on Thursday, Weinstein’s lawyer Charles Harder emailed TIME that the story was “saturated with false and defamatory statements.” He also said that he planned to sue the newspaper and that the Times story ” relies on mostly hearsay accounts and a faulty report.”

Here are the stories of the women who have spoken publicly about Weinstein:

Weinstein invited actor Ashley Judd to a business breakfast at the Peninsula Beverly Hills hotel in the late 1990s as she was filming Kiss the Girls, Judd told the Times. When she arrived, Weinstein allegedly had her meet him in his suite and greeted her in a bathrobe. He then asked her for a massage and if she would watch him shower, the Times reported.

“I said no, a lot of ways, a lot of times, and he always came back with some new ask,” Judd told the Times. “It was all this bargaining, this coercive bargaining.”

Judd told Variety in 2015 that she was sexually harassed “by one of our industry’s most famous, admired-slash-reviled bosses,” but did not name Weinstein. “It took years before I could evaluate that incident and realize that there was something incredibly wrong and illegal about it,” she told Variety.

“Women have been talking about Harvey amongst ourselves for a long time, and it’s simply beyond time to have the conversation publicly,” Judd told the Times.

Starting in 1991, Weinstein had asked Madden, a former employee, for massages while he was staying at hotels in Dublin and London, according to the Times.

“It was so manipulative,” Madden told the Times. “You consistently question yourself — am I the one who is the problem?”

At one point, Madden locked herself in the bathroom of one of Weinstein’s hotel rooms and cried, a friend and former colleague of Madden’s told the Times. 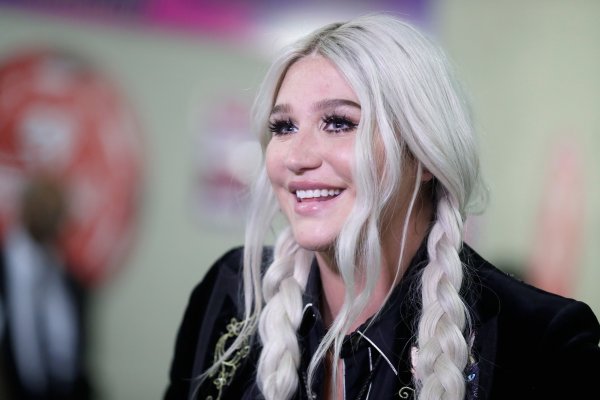 Kesha Confirms: Taylor Swift Can Come to the Phone Right Now
Next Up: Editor's Pick