In case you missed it: Bernie Sanders and Larry David are cousins. Seriously.

The familial connection was revealed Tuesday night in the fourth season premiere of PBS’ Finding Your Roots. By the looks of it, both are delighted to share a genetic bond.

In the episode, host Henry Louis Gates Jr. gives each men a book that has photos of a distant cousin. “I hope it’s a good athlete,” David says.

The Curb Your Enthusiasm star then opens the book and sees a photo of Sanders, prompting a shout of “What the hell!”

The show then cuts to the reaction of the Vermont Senator, who rocks back in his chair and says, “You’re kidding!” He adds, “Oh my God! That is unbelievable. It’s true?” between a fit of laughter.

After getting over the initial shock, David says, “That is amazing. All right, cousin Bernie,” with a wide grin.

The connection is even more astounding given that David has played Sanders in multiple episodes of Saturday Night Live throughout the 2016 election cycle.

Sanders acknowledged his newfound cousin’s knack for impersonating him. “People say to me, you know they talk about Larry David, and I say he does a better Bernie Sanders than I do,” the senator says during the episode. 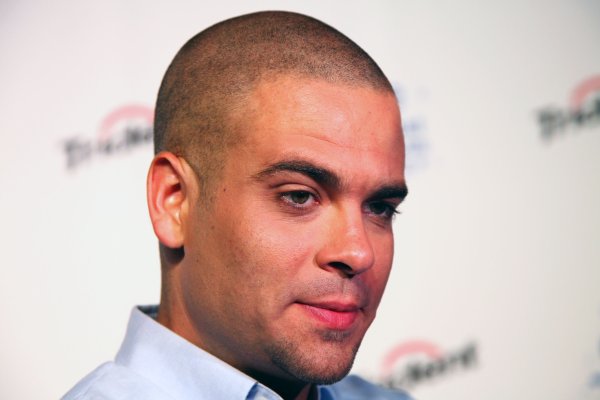