A woman dressed as the Monopoly man showed up to Wednesday’s Senate Banking Committee hearing on the Equifax data breach, much to the delight of the Internet.

“We sent the Monopoly man to the #Equifax hearing to send a message,” Public Citizen tweeted. “Forced arbitration gives @Equifax a monopoly over our justice system.”

Some who spotted the board game character in the audience at the hearing took to Twitter to express their amusement at the stunt.

“The Monopoly Man who is wiping his brow with money and twirling his mustache is magical,” user Carolyn Altland wrote.

“A tip of the hat to the Monopoly Man,” Red T Raccoon added. “You good sir took a chance and it paid off during the Equifax hearings. Now go collect $200.”

See some of the responses below. 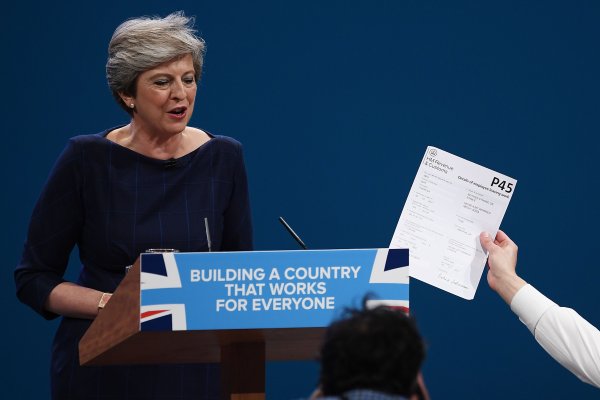 The Internet Has Jokes on Theresa May's Interrupted Speech
Next Up: Editor's Pick