Another mass shooting in America, another round of questions. Was the shooter a terrorist or a lone wolf (read: “Is he Muslim or not?”). Did he have a political agenda? Was he mentally ill? Why would someone do this?

A question we never ask: Was the shooter a man?

The answer is always the same.

Of 134 mass shooters who’ve preyed on Americans since 1966, just three have been women, making mass shooting a 98% male enterprise. More broadly, 90% of murderers are men — firearms are used in close to 70 percent of homicides.

Much has been written about the relationship between masculinity and guns: how gun companies target advertising campaigns to men seeking macho status, how a startlingly high proportion of mass shooters have a history of abusing women, how more than half of mass shootings involve a man killing (or trying to kill) an intimate and taking others out along with her. Indeed, stories are surfacing about the Las Vegas shooter publicly berating his girlfriend. But the reality of American men and guns is as much about a hyper-masculine fetishization of murder-toys as it is about tribal identity, a deepening identification of self and clan that radicalizes marginal views and magnifies personal entitlement and social distrust. This is a communal masculine ideology, not an individual one. There is no lone wolf. There is a rabid wolf pack.

Almost half of the world’s civilian-owned guns are in the hands of Americans. But those guns are not distributed equally. Many are hoarded by “super-owners,” a group of mostly-male extremists who make up just three percent of the adult American population, but own an average of 17 guns apiece. Women are increasingly buying handguns for protection, and that seems to be their actual motivation: they own a single gun, and they keep it in case of an emergency (one suspects, too, that the imagined assailant they are protecting themselves from is a man).

Male gun owners are more likely to bind their recreational lives and identities to their guns and “gun culture”: they hunt, go shooting, watch gun-related shows in TV, and seek out more gun-related recreation and information. This intersects with other aspects of identity: Ninety-one percent of Republican gun owners agree that “the right to own guns is essential to their own sense of freedom.” White men are much more likely to own guns than non-whites, and the “super-owners” amassing arsenals of weapons are particularly likely to be white, male and conservative. Among gun hoarders — those who own at least five guns — almost half say being a gun owner is “very important” to their identity. Being friends with other gun owners also increases the probability a person will tie their identity to gun ownership, and gun owners tend to socialize with other gun owners: 54 percent of men who own guns say all or most of their friends own guns, too.

In other words, there is less a broad American fixation with guns than there is a subculture of mostly white, mostly male, mostly conservative gun obsessives. Within this group, gun ownership is as much a hobby or an effort at self-defense than it is a way to forge an identity and bond with a like-minded community. The gun is simply the (extremely literal) external symbol of the underlying ideology: White male power comes through physical domination.

These are the same men we have been hearing a lot about since the election of Donald Trump. They are, we have heard, angry and displaced. A global economy that forces them to compete not just with other high-school-educated white men but with men and women around the world means their limited skill sets are not as valuable as they once were, and they are no longer able to work a blue-collar job and comfortably support a family — this is apparently vastly unfair (the low wages certainly are, but it’s telling the sense of injustice seems to be predicated on an assumption that white male American workers have an inherent claim to well-paying work, while others are “taking” jobs that were someone else’s birthright). From this slipping status comes fear. What a feeling, then, to hold a gun — especially if you feel entitled to that kind of dominance, but see your other channels for it waning. Especially when here is no bigger power than the ability to kill, made so easy a man doesn’t have to train or build physical strength or think creatively or work for it at all; all he has to do is draw back a fingertip, and pop pop pop.

The fear that drives the demands for both guns and renewed male authority is of course irrational. The vast majority of people never need a gun for protection, the presence of a gun in the house actually makes you more vulnerable to deadly violence, and violent crime in the U.S. has been declining for years. Women, immigrants and people of color are doing better than in the past, but we are not anywhere close to overtaking the white male grip on power.

This reality-based narrative, though, does not serve the interests of conservative media moguls, the Republican Party, the wealthy few who benefit colossally from one party’s one-percent benevolence and companies that make astounding sums when credulous citizens are distracted into looking the other way. It makes political and economic sense to encourage conservative white gun-owning men to double down on their identities by giving them advocates in Congress and their own set of facts. It certainly makes financial sense for gun manufacturers, who thrive on selling consumers multiple firearms and accessories. Why do you need more than one gun? “Why do you need more than one pair of shoes?” Philip van Cleave, the president of the Virginia Citizens Defense League, answered, in the Guardian.

The truth about America and guns is that we are not a bunch of cowboys wielding our trusty pistols to fight off the bad guys, going at it alone out on the range. There is a complex American firearm ecosystem, a machine built to benefit corporate priorities, smoothed along by craven and greedy politicians, molded into an identity by affinity groups. This ecosystem would whither without white male entitlement, rage, and fear, and without the political and economic forces that exploit and encourage that fear.

It is undeniable that more guns mean more gun deaths. But we choose to let this ecosystem thrive, even as we bleed out inside it. We comfort ourselves with vapidities about “lone wolves,” these unpredictable animals whose behavior cannot be restrained or tamed. How many of them have to strike before we realize there’s a whole pack out there, some of them preying but all of them eating their fill, while the rest of us cower? 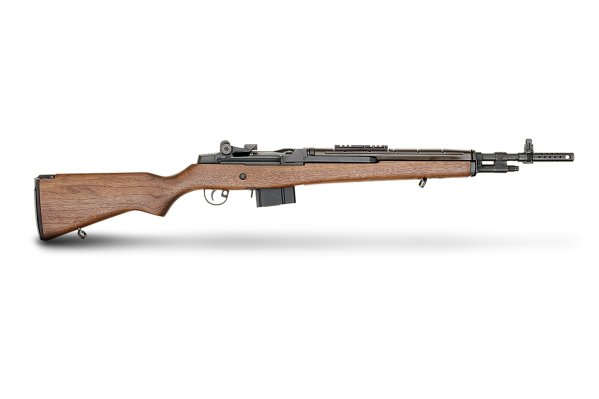 I Love My Guns. I'm Getting Rid of My Semi-Automatic Battle Rifle
Next Up: Editor's Pick