Israel and Palestinians Look For Way Out of Talks Crisis

The trajectory at least appeared to continue downward Friday for the future of peace talks between Israel and Palestinians. Before heading back to Washington from Morocco, U.S. Secretary of State John Kerry said that the American commitment to the talks he has personally championed is not “open-ended,” and said it was “reality check time.” Israel dug in its heels, announcing it was cancelling the proposed release of 26 Palestinian prisoners—the final batch in a promised string of releases whose delay last week prompted the Palestinian leadership to retaliate by signing international treaties Israel regards as threatening.

“Peace Process Crisis” read the headline in Friday’s Sof Hashavua, a Hebrew weekly. And yet, no one was calling it over. Weeks remain before the April 29 deadline for talks originally set to last nine months, and an extension remains a real possibility, according to officials on both sides.

“I would not say that everything collapsed. I don’t think so,” says an Israeli knowledgeable about the negotiations, who spoke on condition of not being identified any more precisely. “I don’t think either party has an interest in collapse. But the question is how can we avert escalation given the dangerous point that we’re at right now.

“We still have till the end of April.”

A face-to-face meeting at midweek was “very tense, but we talk to each other,” the Israeli says. Voices were not raised, the source says, and despite reports in both the Palestinian and Israeli press, chief Palestinian negotiator Saeb Erekat made no overt threat of pursing Israel in international courts for “war crimes.”

But that is precisely the threat implied by the Palestinians adopting international treaties. And though none of the 15 agreements signed by Palestinian Authority President Mahmoud Abbas on Tuesday directly involved the International Criminal Court, the Israelis complained of being blind-sided by the abrupt move, which the Israeli source said altered the “context” of the talks.

The Palestinians–who ordinarily complain that the status quo in the conflict favors Israel, which has occupied the West Bank and Gaza Strip since 1967–pretend a certain amount of dismay at Israel’s outrage.

“It’s a non-violent, diplomatic step,” said a Palestinian official close to the negotiations, who also spoke anonymously, citing the sensitivity of the situation. “We are not joining al-Qaeda. We are talking about joining international treaties.”

And the treaties carry obligations for Palestine as well as for Israel, especially in the realm of human rights. On Thursday, right-wing members of Prime Minister Benjamin Netanyahu’s coalition were researching grounds to charge Abbas’ government at The Hague, according to a report in Yedioth Ahronoth, the best-selling Israeli daily.

But if cooler heads do prevail, it remains unclear just how the two sides will find a way to extend the negotiations both privately indicated they prefer to see continue. One route might run through the deep thicket of UN bureaucracy, which the 15 treaties and conventions officially entered shortly after Abbas signed them. The Palestinians say prompt delivery proves they are serious, but the Israeli source appeared to suggest that the action was not yet final, saying, “If those letters of ascension reach their destination and the fact becomes irreversible, then we’re in a different ballgame and I don’t think that will allow us to go back and discuss the terms of an extension.”

A middle ground might be provided by slow, deliberate (or deliberately slow) processing at the U.N., which in accepting the Palestinian documents stated that its priority is to “salvage the two-state solution.”

At the same time, the Palestinians appeared to be making the most of their newly discovered leverage. They expanded their list of demands of Israel as the price for extending the talks, including the release of high profile prisoners and lifting “the siege” on the Gaza Strip, controlled by the militant Palestinian group Hamas.

At the same time, the Palestinian official who spoke to TIME suggested that, if Israel is serious about negotiating a final pact, talks could continue even as Palestine pursues its diplomatic track with sympathetic international bodies.

Still unaddressed, amid the rolling controversies, are the borders of a Palestinian state, the fate of Palestinian refugees, the status of Jerusalem, and other issues at the heart of the conflict. 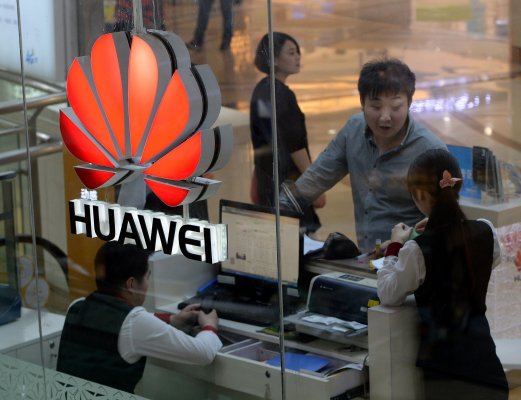 China Peeved By Reports of U.S. Spying
Next Up: Editor's Pick