Stephen Colbert was apparently less than impressed with President Donald Trump’s visit to Puerto Rico in the wake of the destruction Hurricane Maria wrought on the U.S. territory in September.

Colbert proceeded to slam Trump for his behavior while interacting with the people of Puerto Rico, airing a clip in which the president parted ways with a victim of the storm by telling him to, “Have a good time.”

“You’re at a disaster site, you’re not working the floor at your casino,” he said, adding his own take on Trump’s commentary. “‘You guys having fun here? Listen, I’m gonna comp you half a gallon of drinking water. Enjoy your hurricane, everybody, don’t forget to tip your FEMA worker.'” 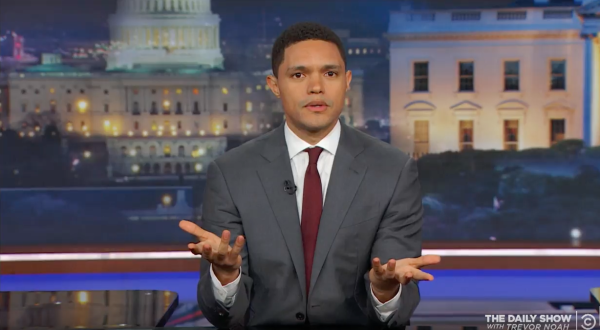 Trevor Noah Questions Why Americans Are 'Afraid' to Talk About Guns
Next Up: Editor's Pick