NBC's sitcom, The Michael J. Fox Show has been yanked from the lineup post-Olympic season.
Eric Liebowitz—NBC
By James Poniewozik

The Michael J. Fox Show is cancelled, or it isn’t. Reports came out last night that NBC had pulled the plug on its highest-profile new fall show, which the network had signed up for a full season without seeing so much as a pilot episode. Then Vulture, which originally published the news, updated with NBC’s statement that the show, while yanked from the schedule post-Olympics, is not cancelled, and the network is looking for a spot to run it later in the spring.

In either case, we’re talking semantics. With the comedy not even matching the ratings of niche comedies like Community and Parks and Recreation, the only distinction here is whether the 22 episodes already made will air, and when–not whether NBC will ever make a 23rd. Most new network shows don’t see a second season, of course, but when one comes with as high expectations as MJF did, it’s worth looking at what went wrong (and right), and what networks can learn from the situation–if they’re inclined to learn anything.

Stars Aren’t Enough. I said this a couple weeks ago when NBC announced it was going in business with Bill Cosby: a beloved star from your viewers’ pasts will get their attention, but it won’t keep their attention. A star vehicle, like any other sitcom, needs conflicts and ideas: some driving force that suggests why this story is interesting and needs to be told. The pilot of Michael J. Fox had the glimmers of one–not just Mike Henry’s Parkinson’s, but his change of life, re-adjusting to the office after years as a stay-at-home dad. But the series seemed mainly interested in moving past that conflict, and what was left was a pastiche of sitcom tropes: wacky relatives, office politics, loving but exasperating kids. There seemed to be no point to The Michael J. Fox Show beyond, well, having Michael J. Fox in a show.

Nostalgia Has An Appeal, and It Has Limits. The previous point notwithstanding, the decent success of ABC’s The Goldbergs, and several of this year’s Super Bowl commercials, do suggest there’s a market for appealing to the ’80s memories of Gen X-ish viewers. In the Fox show, the balance just seemed to be off: it had the ’80s resonances of Fox being in an NBC sitcom, the general structure of a ’90s family comedy, and the single-camera-confessional look of a contemporary show like Modern Family.

Risks Are Worth Taking, But They’re Still Risks. One thing that was encouraging about the show was NBC’s willingness to make it the way it did. Rather than make a pilot and throw it in with dozens of others for the focus-group-testing of pilot season, NBC pulled the trigger on the series the way the likes of AMC and Netflix have been doing (as well as, more often at least, other broadcast networks). The good thing about that is that it’s a way to get daring ideas on the air before they can be watered down by executive second-guessing. The bad thing is when, as seems to have happened here, it takes a safe idea like “cast an ’80s star” to get the network to commit.

Michael J. Fox Should Be Back on TV. Whatever problems The Michael J. Fox Show had, Michael J. Fox was not one of them. Not only is his comic timing still there, his ability to shade characters has matured–his Mike Henry had a streak of self-absorption that made him more interesting than a flawless everydad. Then again, if you’d been watching Fox as a recurring character on The Good Wife, you already knew that. No nostalgia necessary: get a good actor in a show that is worthwhile in and of itself, and these are the good old days. 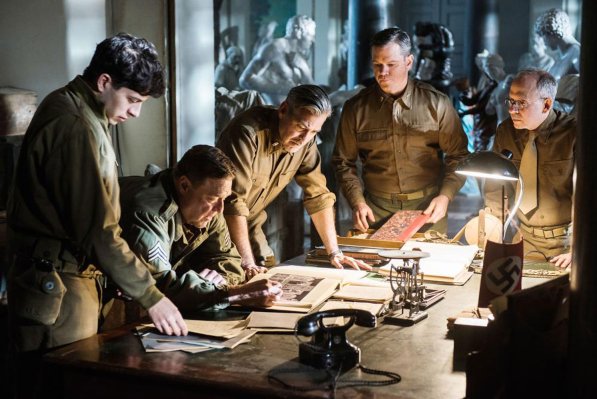 The Monuments Men Is George Clooney's Art of War
Next Up: Editor's Pick