50 Years Ago This Week: The New American Art

Tony Smith was the “most dynamic, versatile and talented new sculptor in the U.S. art world” proclaimed this week’s cover story — but that wasn’t the only reason why his work was so newsworthy.

The other factor worth considering was what his work at the time looked like. Smoke, the work discussed at the top of the article, was metal, crafted in a fabrication shop from his designs, and it was huge.

Smith was TIME’s way of looking at a major new trend in contemporary art. As American cities grew and modernized, they needed art that could hold its own. Enter the new American artist:

And, Smith believed, a single 1960s American style was on its way to emerging. “Art is becoming a tangible reality to the public,” he said. “People are beginning to pass this stuff on their way to work. As art becomes public in this way, people will develop a judgment about it, a sense of universal style.”

See photos of the work discussed in the article, here in the TIME Vault.

Writing on the wall: Amid the divisiveness of the era, Lyndon Johnson had finally helped achieve something like national consensus on an issue, the politics section noted. Unfortunately for him, it was a building feeling that he was doing a bad job.

Hippie Fall: Summer was over in more ways than one, at least in San Francisco. The Summer of Love came to an end with a mock funeral for the concept, attended by disillusioned flower children whose movement had been beset by part-time poseurs, hard drugs, STDs and a general sense of ennui.

“The Desperate Dilemma”: This week’s TIME Essay is an enlightening look at the state of abortion in the pre-Roe United States. At the time, it was estimated that between 200,000 and 1.5 million illegal abortions took place there each year — a number hard to reach due to the underground nature of the act — alongside 10,000 legal ones, and that abortion led to 1,000 deaths. Different states had widely differing laws but nearly 90% of American doctors surveyed thought those laws should be liberalized. And, beneath it all, TIME acknowledged, was “the stubborn reality that women denied legal abortions go on getting illegal ones.”

Great vintage ad: A nice reminder that changing the channel on your television wasn’t always so easy.

Coming up next week: Rockefeller and Reagan 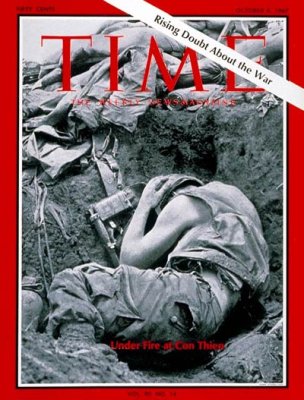 50 Years Ago This Week: Doubt Spreads as Marines Take Fire in Vietnam
Next Up: Editor's Pick