I was five years old when I first learned the definition of feminism: equal rights for men and women. But even in 2017, people still seem to be under the impression that feminists are a bunch of insane “man-eating” women who hate anything or anyone who isn’t female. I don’t know about other people, but I am a feminist, and I have never consumed a man burger.

In middle school, I was placed in a history class about women’s suffrage. When I told my advisor at the time that I was extremely excited about the class, she said to me, “Great! Just don’t become one of those crazy feminists.”

To this I responded, “Excuse me?”

“Well, it’s just not attractive. Boys don’t like girls who are aggressive,” she told me.

Suddenly, I was being taught by a 30-year-old teacher who I looked up to to basically dumb myself down and be “nonaggressive” about what I believed. I felt betrayed by her. I felt embarrassed by her. I felt like she was not someone I could ever talk with about feminism. I wished I could tell her that, in reality, any guy who finds me “unattractive” for being a feminist is not a guy who’s worth my time. (To be fair, I was also 11 at the time, so men weren’t at the top of my agenda.)

When a woman who you look up to tells you something like this, what do you do? Do you listen and follow her advice? She seemed to be under the impression that women have to be weak for men to like us. She seemed to think that women having minds and using them was a turnoff — that it made us unattractive. My advisor, a grown woman, was telling me — an 11-year-old girl — that my feminist beliefs were coming off as “aggressive.” If it hadn’t been for the hundreds of other women I was surrounded by completely refuting this fact, I very well could have grown up believing this to be true and shying away from feminism and the simple belief that I’m not inferior to someone just because of my gender.

It’s important to remember that you are, no matter what age, a role model. My advisor had been a role model for me, until that day. As a role model, you must understand that at any moment, there could be someone watching you and emulating your ways of acting and your beliefs. Remember: women have the power to be powerful, and that isn’t a bad thing. And you should never feel that power being taken from you by someone just because you look up to that person.

Reprinted with permission from EARTH HATES ME: True Confessions from a Teenage Girl © 2017 by Ruby Karp, Running Press Teens. 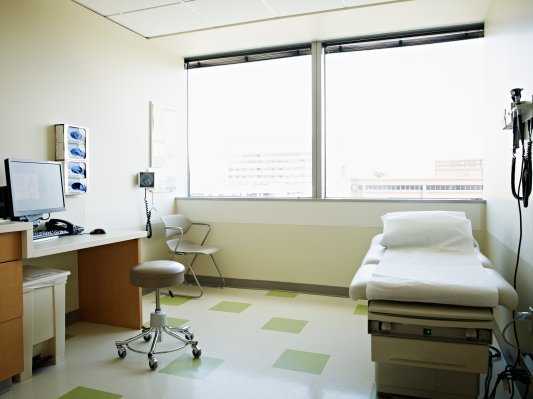 I Didn’t Want to Terminate My Pregnancy at 20 Weeks. But I Needed To
Next Up: Editor's Pick