Samsung's New VR Headset Has a Screen That Sounds Incredible

Samsung will launch a new virtual reality headset powered by Microsoft’s Windows Mixed Reality platform, both companies announced on Tuesday. The headset, called the Samsung HMD Odyssey, will be released on November 6 for $499, making it the same price as the Oculus Rift.

The Samsung HMD Odyssey’s standout feature appears to be its display, which includes a 1,440-by-1,600 pixel resolution per eye. That’s higher than both the Oculus Rift and HTC Vive, which each offer 1,200-by-1,080 pixels per eye. The screen will also be built using the same vibrant AMOLED technology Samsung uses for its smartphones.

The $499 price includes two motion controllers, and the headset will have integrated AKG headphones that support spatial audio. Like the other headsets that run on Microsoft’s new software, the Samsung HMD Odyssey includes inside-out tracking, which means users won’t need to set up an external camera to track a wearer’s motion in space. There are also built-in microphones for communicating with Microsoft’s Cortana virtual assistant through the headset.

The Samsung HMD Odyssey will be one of several new VR headsets to run on Windows Mixed Reality — a version of Microsoft’s Windows software that’s optimized to run in virtual reality when connected to compatible Windows PCs and laptops. Samsung’s headset is the most expensive of the recently unveiled Windows Mixed Reality headsets: Acer and Lenovo sell VR visors for $399, while Dell’s and HP’s are priced at $449.

Samsung already sells a virtual reality headset, Gear VR, which runs on Oculus’ platform and must be powered by a recent Samsung smartphone. The Gear VR is said to be the most popular virtual reality headset so far, according to June statistics from the International Data Corporation. But the Odyssey appears to be Samsung’s first premium headset that’s fully equipped to take on high-end options like the Rift. 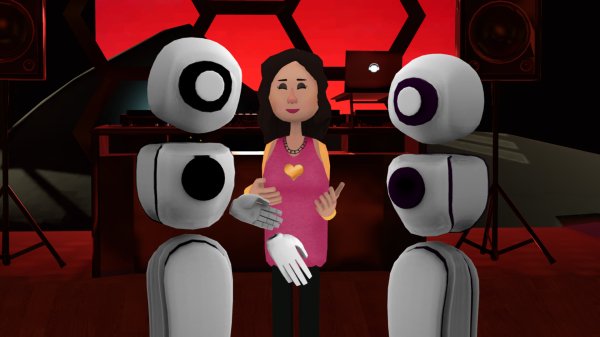