In the wake of the Las Vegas shooting on Sunday night, a subdued Jimmy Fallon opened his Tonight Show on Monday introducing Miley Cyrus with a promise to continue to entertain.

“In the face of tragedies and acts of terror, we need to remember that good still exists in this world. We’re here to entertain you tonight, and that’s what we’re gonna do,” he said.

Cyrus, whose new album Younger Now was just released in September, took to the mic alongside comedy actor Adam Sandler on guitar. Both of them chose a somber approach to the performance. And instead of jumping into one of her country-tinged new hits, she looked to another artist: Dido. Cyrus and Sandler performed a stripped-down, moving cover of that singer’s emotional tune “No Freedom” for the studio audience.

“There’s no love without freedom,” they duet in the chorus. “No freedom without love.” Talking with Fallon later on the show, she explained her song choice: “I think that right now we’re supposed to be the land of the free, but we can’t have freedom if we’re constantly living in fear.”

Cyrus also helped Fallon close out the show with a similarly heartfelt performance of her 2009 song “The Climb” from Hannah Montana: The Movie, which she rarely sings.

This performance kicks off “Miley Week” on the Tonight Show, so we can expect to see much more from the artist as she continues her work with Fallon, with whom she frequently collaborates. 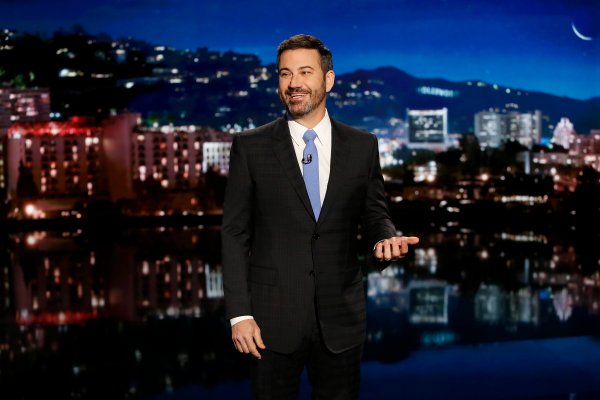