Hillary Clinton: 'Of Course' Republicans and NRA Are Complicit in Gun Violence

Hillary Clinton on Monday criticized Republicans and the National Rifle Association for stopping gun control policies, speaking out after a gunman killed 59 people at a music festival in Las Vegas.

When asked in an interview with the Center for American Progress’ Thinking CAP podcast whether Republicans and the NRA are complicit in an epidemic of gun violence, Clinton said “of course they are.”

“This is nothing but pure, unadulterated greed motivated by people who want to sell as many guns as they can, to engage in a falsity of fear and rhetoric about why everybody has to have guns,” she said, according to an excerpt. The full podcast episode will be released Thursday.

“You know, the evidence is just so clear that more guns do not keep you safer and more guns in the wrong hands lead to terrible incidents,” she said.

Clinton criticized the Trump administration, for example, for repealing an Obama-era regulation that stopped certain people with a background of mental illness from obtaining firearms.

“We see the horrors of Las Vegas,” she said. “It happens every day.” 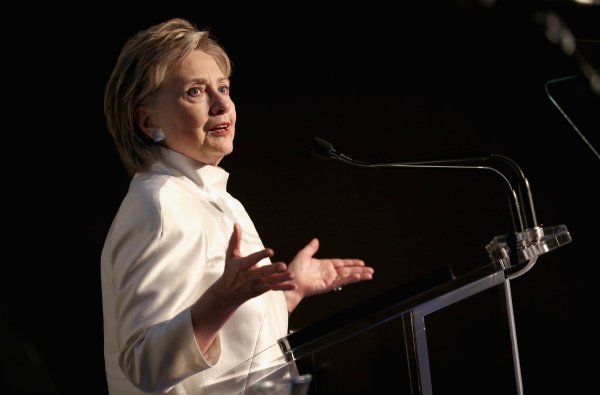