Wisconsin Is Misusing My Research to Defend Gerrymandering

Next week, the U.S. Supreme Court is considering whether the Wisconsin Legislature drew district lines for its State Assembly that so benefit one political party — in this case, the Republican Party — that the map is unconstitutional.

One crucial question the Court must answer is whether the Legislature skewed the Wisconsin map to benefit Republicans. To help answer this, I joined several other political scientists specializing in the statistical analysis of redistricting plans. We found that there is no doubt that the legislature’s Assembly map, drawn in 2011, resulted in a strong showing for Republicans, stronger than one would expect given the percentage of votes statewide that Republicans received: In 2012, Republicans got less than 50% of the statewide vote and yet won 60 out of 99 seats in the Assembly.

Why did that happen? In the brief that the state of Wisconsin recently filed with the Supreme Court, the Wisconsin Attorney General points to my academic work, coauthored with Jonathan Rodden of Stanford, and asserts that Democrats have a harder time than Republicans at turning votes into seats. They quote us as saying that Democratic voters “can expect to win fewer than 50% of the seats when they win 50% of the vote.” The implication is that the partisan skew in Wisconsin’s maps is in large part a result of where Democrats and Republicans live.

Our research does show that, in fact, this phenomenon is real on a national level. In 2014, we argued that on the national level, “the Democrats’ geography problem is bigger than their gerrymandering problem.” That’s because, in general, Democrats reside in urban areas and win there with overwhelming majorities, while Republican voters are more evenly distributed across exurbs and rural areas. Thus Republicans are better able to translate votes into seats than Democrats nationwide.

But the crucial question before the Supreme Court is: To what degree does this explain the extreme partisan skew of Wisconsin’s Assembly map?

To evaluate that question, I developed an automated computer simulation algorithm to produce 200 Assembly plans using traditional districting principles while completely ignoring partisan considerations. I analyzed these 200 simulated plans and compared their partisan breakdown to the Assembly map that the Legislature enacted in 2011. What I found was very revealing: The Legislature’s enacted plan created about 10 to 15 more Republican-leaning districts than nearly all of the computer-produced maps.

I also employed a measure known as the “efficiency gap,” which sizes up each party’s ability to turn votes into seats. Of the 200 computer-drawn plans, 144 produced a very small efficiency gap (within three percentage points of zero), indicating the plans gave no substantial advantage to either Democrats or Republicans. The remaining 56 simulated plans exhibited an efficiency gap of between -5.8% and 3%; a negative efficiency gap indicates bias in favor of Republicans. This shows that Wisconsin’s natural political geography skews not all that much overall, but very modestly in favor of Republicans. This natural skew is modest enough that most computer-simulated plans produce nearly zero bias in Wisconsin.

These levels of natural bias completely pale in comparison to the much more extreme partisan bias in the districting plan the legislature approved and is presently using. The actual map has an efficiency gap of -15.1%, meaning a Republican bias several times that of most simulated plans and over twice as large as even the most Republican-favoring map among the 200 simulations. Given these results, it’s statistically extremely unlikely that a neutral districting process, following traditional districting criteria, could have produced a plan exhibiting as much electoral bias as the Wisconsin Legislature’s plan.

Colleagues of mine have conducted a different simulation that looked at more than a trillion election outcomes. They found that there was less than a 1 in 1,000 chance that a random map could be as biased as the Wisconsin Assembly map. From these simulations, it is obvious: Wisconsin’s legislature could easily have produced a map with little to no partisan bias.

While there is some small natural advantage to Republicans based on residential patterns of Republicans and Democrats, natural geography can explain only a small portion of why the Wisconsin Assembly maps have such an overwhelming partisan bias. And the legislature’s efforts to create 10 to 15 additional Republican districts came at the expense of traditional districting principles, splitting apart far more counties and municipalities than were necessary and producing unnaturally-shaped districts.

In short, the legislature clearly skewed the Wisconsin map to benefit the Republican Party, and the map they came up with is extremely skewed. Now it is up to the Supreme Court to determine whether or not that is unconstitutional. 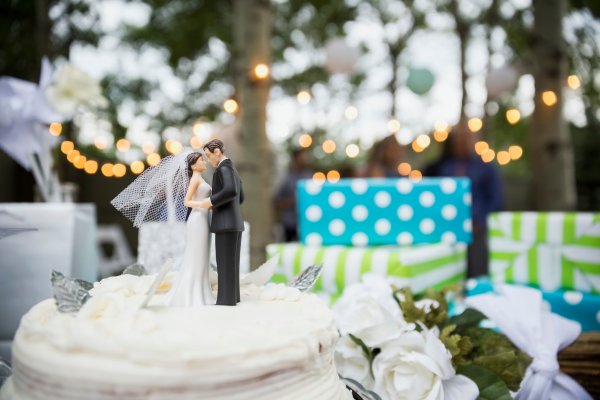 Marriage Is Becoming a Mark of Privilege
Next Up: Editor's Pick