'It's Terrible.' Mariah Carey Reacts to Las Vegas Shooting During a Live Interview

Mariah Carey reacted to the mass shooting in Las Vegas on Sunday night that left at least 50 dead while being interviewed on live television to discuss her upcoming U.K. Christmas shows.

Carey appeared on Good Morning Britain when host Piers Morgan asked the pop superstar about the attack, which is the deadliest mass shooting in U.S. history. (Carey herself has performed numerous times in Las Vegas as part of her residency there.)

“What’s your reaction, just on a human level, to concertgoers, people who love performers like yourself, being targeted in this way?” Morgan asked.

“It’s terrible. People are just going out to listen to music because that’s what they want to do. They’re out for the night, and something shocking happens,” Carey said. “Nobody could have expected it, and it’s just wrong. I really don’t know what to say.”

Carey followed up the interview by tweeting her condolences to victims of the Vegas attack.

Morgan, for his part, also clarified in later tweets that Carey’s team had been informed ahead of time the subject would come up. 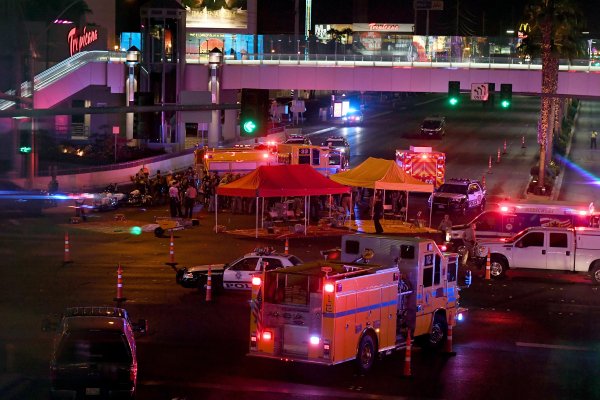 ISIS Claimed the Las Vegas Shooter as a 'Soldier.' Experts Are Skeptical.
Next Up: Editor's Pick