Kendall Jenner has shared her emotional reaction to the backlash her Pepsi ad campaign drew when it debuted in April of this year.

During the season 14 premiere of Keeping Up With the Kardashians, the reality celebutante-turned-model cried while talking about the ad, which featured her facilitating peace during a protest by handing a police officer a can of Pepsi, an optic that many felt was a tone deaf appropriation of a now iconic photo of a Black Lives Matter protestor approaching officers.

Jenner discussed the ad spot and her feelings about the backlash, but didn’t mention Pepsi by name.

“I trusted everyone. I trusted the teams,” she said. “But after I saw the reaction and I read what people had to say about it, I most definitely saw what went wrong. I was so stuck, and I really didn’t know what to do, that I completely shut down.”

Jenner also broke down in tears while talking about how the ad offended viewers.

“I would never purposely hurt someone ever,” she said. “And I would, obviously, if I knew this was gonna be the outcome, like, I would have never done something like this. But you don’t know when you’re in the moment. I just felt so f-cking stupid. The fact that I would offend other people or hurt other people was definitely not the intent and that’s what […] got me the most, is that I would ever make anyone else upset.” 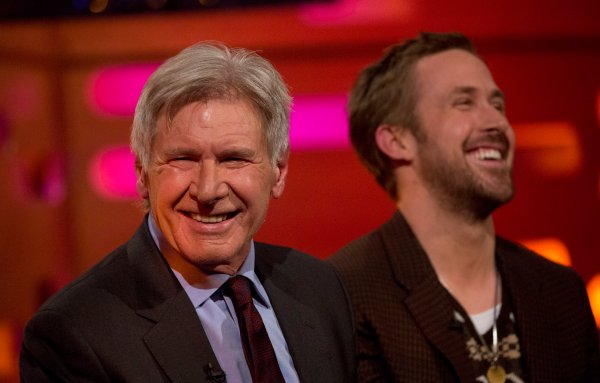 Harrison Ford Forgetting Ryan Gosling's Name Is Hilarious As it Sounds
Next Up: Editor's Pick