President Trump on Monday offered his “warmest condolences and sympathies” after at least 50 people were killed and at least another 200 injured in a mass shooting in Las Vegas on Sunday.

“My warmest condolences and sympathies to the victims and families of the terrible Las Vegas shooting,” Trump tweeted. “God bless you!”

A lone gunman, identified Monday morning by authorities as Stephen Paddock, opened fire on the Route 91 Harvest Festival from the 32nd floor of the Mandalay Bay Hotel and Casino located across the street. Paddock later died after being confronted by law enforcement.

The death toll, which may still change, makes the Las Vegas attack the deadliest mass shooting in modern U.S. history. 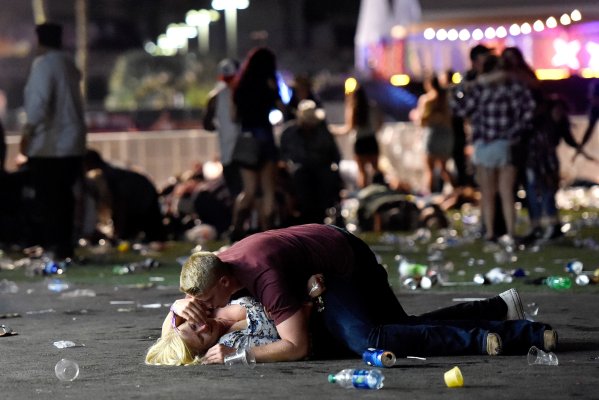 What to Know About the Mass Shooting in Las Vegas
Next Up: Editor's Pick