The Simpsons unveiled a fun fantasy world inhabited by Homer Serfson in Sunday night’s season premiere, but at the end of the episode, the animated comedy got serious about a dire real-world issue. A short tag showed all of the Springfield characters gathered together in support of hurricane-ravaged Puerto Rico, with the Simpsons somberly (and almost defiantly) asking for help. Marge is holding a “Unido” sign, while Homer, Bart, and Maggie join her in holding the Puerto Rican flag. Lisa is standing in front with a tear rolling out of her eye.

There, of course, has been much criticism for the way the Trump administration responded to the humanitarian crisis in the U.S. commonwealth. The mayor of San Juan, Carmen Yulín Cruz, made a public plea for federal aid and blasted the administration for the lack of response to Hurricane Maria, which has claimed 16 lives so far and left citizens without drinking water and power. (“We are dying, and you are killing us with the inefficiency and the bureaucracy,” Cruz said.) On Twitter, Trump defended the government’s response, blamed the island’s problems on “poor leadership,” and that its leaders “want everything to be done for them when it should be a community effort.”

The Simpsons tweeted a still image of the scene from the episode, including the social handles of charities like Unicef, Save the Children, and One America Appeal. 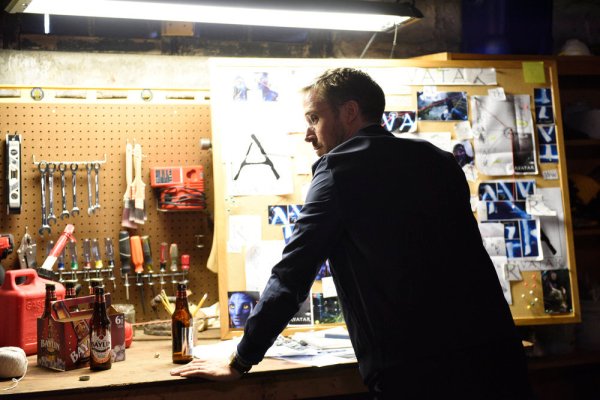 Watch the Ryan Gosling SNL Skit Everyone’s Talking About
Next Up: Editor's Pick