Long made the comment on Fox News Sunday, when asked whether it was appropriate for acting Homeland Security chief Elaine Duke to call the relief effort a “good news story.”

“The bottom line is, is this is the most logistically challenging event the United States has ever seen and we have been moving and pushing as fast as the situation allows,” he told host Chris Wallace.

Long’s comments attracted scorn on Twitter, where many pointed out that the U.S. had managed many complex logistical arrangements decades before.

Many comments pointed to past U.S. military action, citing World War II battles that America was involved in or the Berlin Airlift as examples.

Others cited the Moon landings and manned space missions as examples of the U.S. managing to pull off intense logistical arrangements.

Some suggested that the Trump administration’s pre-disaster planning efforts, more than anything else, were at fault.

“It’s not only a logistically complex event, just getting to the islands and being able to support an island that was hit not just by one major hurricane but two within basically a 10-day period,” Long said when Wallace followed up on the logistical complexity comment.

Puerto Rico has been struggling to recover from the devastation wrought by Hurricane Maria, which hit the island almost two weeks ago, causing widespread flooding and wiping out the territory’s power grid.

The federal government has been slammed for its response to the disaster, which many on the island have called inadequate, while President Donald Trump has engaged in a series of Twitter attacks on the mayor of San Juan who had called on him to help. 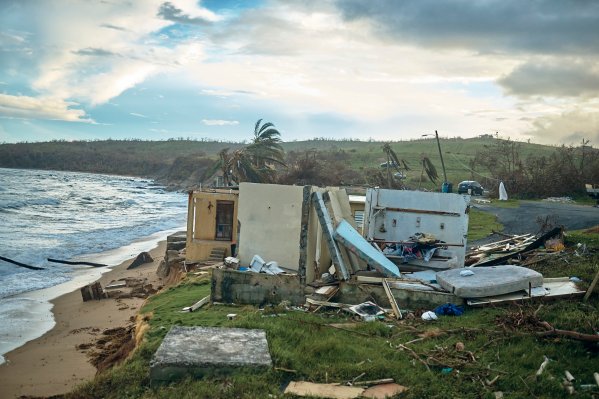 Trump Strikes Back at Puerto Rico Criticism
Next Up: Editor's Pick