In the summer of 1985, S. I Newhouse, chairman of Condé Nast publications offered me a lift back to the office in his limo from the Four Seasons restaurant in Manhattan, after our monthly lunch to talk about the progress of Vanity Fair. It was my second year as editor in chief, entrusted by him with the mission to save the magazine from its disastrous and embarrassing 1983 launch. Small, shy and nebbishy Si, then 57, was the only power that counted at Condé Nast.

To show his true mettle, he’d had to wait until the death in 1979 of his hard-charging, entrepreneurial father Sam, who built the family fortune by acquiring a monopoly of newspapers. While Si’s brother Donald ran the newspaper assets, Si always had an affinity for magazines. He loved them. He read them — every page of the ones he owned — and always picked out the best piece (or the worst), the hidden jewel or the one you hoped you got away with, and critique it with precision. Once he took over as chairman, he went on an acquisition and start-up spree that would turn Condé Nast into a prestige powerhouse.

What was unique — and most endearing — about Si was that he never felt or behaved like a media mogul. As we drove back to the office in his limo that summer day in 1985 , he suddenly said, “You know, there’s no such thing as real power in America.”

“What do you mean?” I said to his profile, which was gazing out of the window. “Well,” he said, “the president has no power. Congress can thwart him. And media power… I’m supposed to have media power… but I can’t get arrested!”

“Of course you have power,” I said, “but you sometimes choose not to exercise it.” “But how could I exercise it?” he said, turning toward me as we cruised down Madison Avenue toward the building he owned. “Say I wrote a memo to the magazine editors telling them only to plug Random House books. They’d… they’d just take no notice. Or say I gave Random House a list of books by authors I told them to buy. Well, it wouldn’t last five minutes.”

We were now out of the car, walking past a newsstand stacked with all the magazine titles he owned. He stopped to wait for the elevator. “As for The New Yorker, well, I find it very hard to get William Shawn on the phone.” With that he disappeared, with hunched shoulders and his creased, reflective face, into the express elevator to the fourteenth floor.

And yet look what this modest man achieved. He was a publishing force whose religion was quality, whose taste and ambition led him to assemble a roster of some of the best editors in America and gave them the resources to do their best work without interference. He was both the Irving Thalberg of magazines and a character out of James Thurber. He was the great antihero of media whose passing every writer and editor — and reader — should mourn.

Brown was editor in chief of Vanity Fair from 1983 to 1992. She then became editor of The New Yorker and later founded the DailyBeast.com. The Vanity Fair Diaries (Henry Holt & Co.) will be published in November. 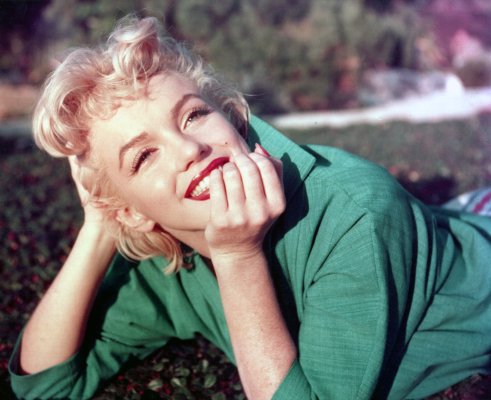 Not Everyone Is Happy That Hugh Hefner Is Being Buried Next to Marilyn Monroe
Next Up: Editor's Pick