Saturday Night Live debuted its much anticipated 43rd season — and did not hold back its criticism of President Donald Trump’s response to the ongoing crisis in Puerto Rico in the aftermath of Hurricane Maria.

The show returned with a cold open featuring Alec Baldwin back as Trump and Melissa Villaseñor playing San Juan Mayor Carmen Yulín Cruz, who Trump had criticized Saturday for poor leadership skills after she asked for more resources to help the island. In the skit, the two are on a phone call, with Baldwin’s Trump in the Oval Office.

“Trust me, I know things aren’t as the locals say, ‘despacito,'” Baldwin responds, telling her that help will be on the way by sometime next week.

When Villaseñor objects to the timeline, Baldwin tells her the island should have paid its bills, a reference to its current debt crisis. “We want to help you,” he says, “But we have to take care of America first.”

Villaseñor promptly informs him that Puerto Rico is a U.S. territory.

“That woman is so nasty,” Baldwin says as he hangs up to the phone, a sentiment Trump had expressed about Cruz earlier in the day on Twitter.

SNL‘s cold open referred to the continued criticism of the Trump administration for failing to respond adequately and effectively to to the destruction in Puerto Rico following Hurricane Maria, particularly in comparison to the quick response it offered after Florida, Texas and Louisiana were hit by Hurricanes Harvey and Irma. On Friday, San Juan’s mayor pleaded for more help; “If anybody out there is listening, we are dying. And you are killing us with the inefficiency,” Cruz said. Trump responded to her pleas on Twitter Saturday, arguing that she has poor leadership and she is among those who “want everything to be done for them when it should be a community effort.”

Colin Jost and Michael Che also slammed Trump for his response during SNL’s “Weekend Update.” “Trump always said he was going to get things done faster than any other president and now I believe him — it took George W. Bush five years to get his Katrina,” Jost said.

Che, while mentioning Trump’s tweet where he called Cruz nasty, called the president a “bi–h” and reflected on the racial implications of the his actions. “This isn’t that complicated, man. Its hurricane relief. These people need help. You just did this for white people twice,” Che said.

On Sunday, Trump boasted about his administration’s recovery efforts in Puerto Rico on Twitter, admonishing “political ingrates” who were criticizing him. He did not specify who those ingrates were. 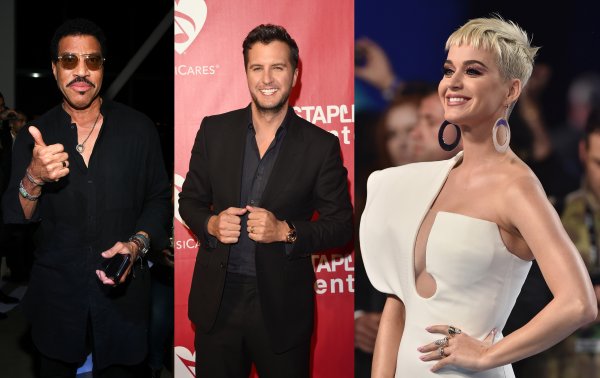 2 New Judges Sign on for 'American Idol' Reboot
Next Up: Editor's Pick