'What Gets Remembered': How Visiting a Cemetery Can Teach You About History

When planning vacation itineraries, graveyard visits may not be top of mind. But Loren Rhoads, author of the new book 199 Cemeteries to See Before You Die, makes the case for going out of your way to see burial grounds.

“I think it adds a depth to travel that you can’t find anywhere else,” Rhoads tells TIME. “I see cemeteries as kind of open air museums full of art and history and stories and nature and wildlife, gardening… When you go to a graveyard, you see what’s important to a society, what gets remembered.”

While it’s fun to see where famous leaders and celebrities are buried, it’s also instructive to see how ordinary people came to rest, too. Visiting your local cemetery can reveal the families who lent their names to the streets and neighborhoods in your town, and looking at their groupings and ages can bring history to life. “The 1918 flu epidemic doesn’t seem real to us, but you can see it in a graveyard where there’s stone after stone after stone of people who died in 1918,” Rhoads says. “Or [you can see] parents who’ve buried child after child after child, and suddenly diphtheria and whooping cough and all those things are real.”

For your security, we've sent a confirmation email to the address you entered. Click the link to confirm your subscription and begin receiving our newsletters. If you don't get the confirmation within 10 minutes, please check your spam folder.
Black Dog & Leventhal Publishers

Rhoads’s own interest in visiting graveyards began with a series of canceled flights during the First Gulf War that left her and her husband stranded in London. They saw photos of Highgate Cemetery, her favorite site in the book, and decided to go there instead of a more traditional tourist attraction. “The ivy had grown up over an angel and so you could see her face and her wings, but the rest of her gown was these green leaves. We were there in January and it was miserably cold, but there were primroses blooming. It was really lovely and peaceful in the midst of protests in the streets and men with guns everywhere. So it got me started like, Wow, this was cool, what else can we see?”

Rhoads says it’s also important to keep in mind that in the past, it was much more commonplace to pass the time in burial grounds. “It seems strange, but a couple of generations back, it wasn’t. When they first started building grand garden cemeteries in the U.S., people would go there on a Sunday afternoon just to read a book and get some sun, or court, or read poetry, or watch the birds, whatever.”

But changing traditions when it comes to death make Rhoads worry that historians of the future will have a harder time understanding the way we live now.

“Up until fairly recently when there was written records, the things we know about the past, for the most part, we know about because of people who’ve been buried — how they were buried, what they were buried with. Even the Greeks and Romans, we’ve learned a lot because of their tombs. And now with the move toward cremation and scattering and all that, we don’t have that, and there hasn’t been a replacement. So we can guess what a normal person ate in the Middle Ages, we can guess what they wore in pre-history, but we won’t know that about us,” she says. “Once we’re gone and our ashes are scattered, there won’t be any record.” 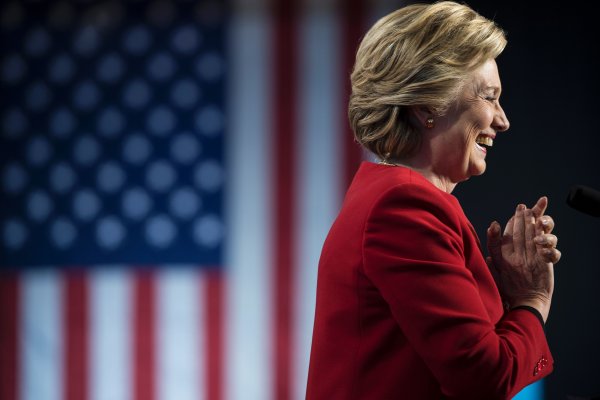 Someday, a 'Nasty' Woman Like Hillary Clinton Will Win
Next Up: Editor's Pick