Singer Luis Fonsi and actor John Leguizamo have bonded over their shared concern for Puerto Rico in the wake of Hurricane Maria.

Fonsi, who is Puerto Rican by birth and currently on tour with a predominantly Puerto Rican team, described how he and his crew have struggled to maintain focus. “You know how hard it is to be in front of a camera and play a part when inside your insides are upside down. I look at my sound guy, and he hasn’t talked to his daughter,” the “Despacito” star tells Leguizamo in a video conversation for TIME. “We’re all trying to be professional because, as they say, the show must go on. [But] it’s obvious we’re all heavy-hearted and concerned.” Fonsi filmed the video for his mega hit, which became the most-watched video on YouTube in August, in the La Perla neighborhood of San Juan, which has been devastated by the storm.

President Donald Trump, who is set to visit Puerto Rico on Tuesday, has faced criticism for the strength and speed of his response to the devastation. “The U.S. is just moving so slow,” says Leguizamo, who was born in Bogotá, Colombia. “I hate to say it, but I think partly it’s because we’re Latin. If Puerto Rico was full of WASP-y white folk, I think there would have been a faster, quicker response.”

Fonsi plans to return to La Perla at the first opportunity. “That’s the first spot I’m going to hit,” he says. “I would not be here without the support that island has given me.” 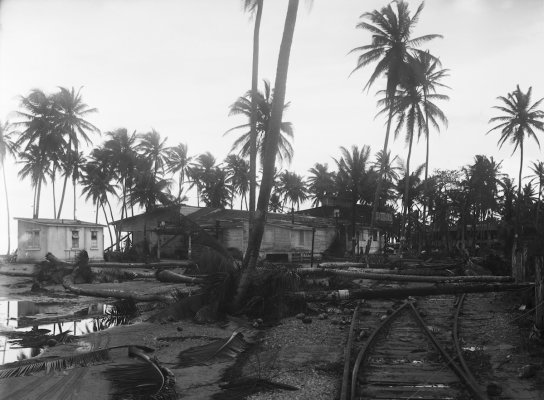 Where Hurricane Maria Fits in the History of Puerto Rico
Next Up: Editor's Pick