People often think about their relationship with coffee as a bad habit: maybe they splurge too frequently on $4 lattes (free coffee deals only come around once a year), or they’re so dependent on their morning pot of coffee that they can’t function without it. While there is a case to be made for not overdoing it, there are also plenty of reasons to embrace your daily coffee ritual without guilt.

Yes, there’s the taste, the aroma, and the way coffee brings those fuzzy mornings into focus. But in recent years, research has also suggested that coffee has real health perks—and that for many people, the positives outweigh the downsides. Here are three ways a daily cup of joe (or two or three) can not only make your days more enjoyable, but may also give you more days to enjoy.

Coffee may protect against certain diseases.

Doctors used to worry that coffee’s acidity could be harmful to internal organs, or that its caffeine content could cause heart problems. (A standard 8-ounce cup of coffee has between 95-165 milligrams of caffeine, according to the Mayo Clinic.) But studies have shown that for most people, neither is true. “More and more evidence is showing that there really are no long-term adverse health effects in adults who drink it moderately—up to five cups a day in some studies,” says Veronica Setiawan, associate professor of preventive medicine at the Keck School of Medicine of the University of Southern California.

Several studies have even suggested that coffee may have a protective effect against chronic health problems, including liver disease, colorectal cancer, type 2 diabetes and stroke. Drinking three cups of coffee per day has also been associated with a reduced risk of cardiovascular disease—in one study, 21% lower than those who abstained—and it doesn’t appear to increase people’s risk of irregular heartbeat.

Even people with serious illnesses may benefit from drinking coffee. In a recent study in the Journal of Hepatology, men and women with HIV and hepatitis C were 50% less likely to die if they drank three or more cups of coffee a day—most likely because of its liver-protective and anti-inflammatory properties, the authors wrote.

There’s no question that a shot of espresso or a mug of dark roast coffee can reduce fatigue and elevate mood in the short-term. But research suggests that it may also offer long-lasting protection against age-related memory and thinking problems.

A 2015 study in the Journal of Alzheimer’s Disease, for example, found that healthy older adults who consistently drank one to two cups of coffee a day were less likely to develop mild cognitive impairment over a three-year period than those who drank none. And in a 2016 meta-analysis published in the journal Nutrition, high levels of coffee consumption were associated with a 27% reduced risk of Alzheimer’s disease.

Experts believe that caffeine not only helps older adults stay alert, but that it also keeps inflammation levels low and blood vessels healthy, both of which can prevent damage to the brain over time.

Coffee may extend your life

Two papers published this summer in the Annals of Internal Medicine found that people who drank more coffee—either regular or decaf—were less likely to die during the studies’ many years of follow-up.

Setiawan, who is a senior author on one of those studies, says that coffee drinking is associated with many other lifestyle factors that could also play a role in longevity, such as diet, exercise and preexisting health conditions. (People with certain illnesses may not drink coffee because they don’t tolerate it well, for example.)

“But even when we control for all of these things, we still see that people who drink more coffee have lower death rates,” says Setiawan. That was true across different ethnic groups in Setiawan’s study, including white, black, Latino and Asian Americans.

Setiawan says she’s confident that coffee can be part of an overall healthy diet and lifestyle. And considering the beverage’s high concentration of antioxidant and anti-inflammatory compounds, she’s not surprised at the recent positive findings.

“For people who do drink coffee, go ahead and keep drinking it,” she says. “You don’t have to worry about your habit.” She does warn that coffee can cause some people to feel jittery or have trouble sleeping, especially when consumed in large quantities or late in the day. Those who don’t already drink coffee should consider these risks, she says—but should also consider the potential benefits of giving it a try. 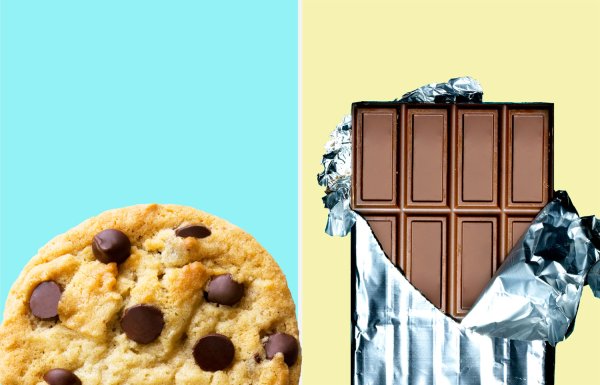 Should You Eat This or That?
Next Up: Editor's Pick