81% of Voters Don't Like How Republicans Are Handling Health Care

Protesters hold signs and shout at lawmakers walking out of the U.S. Capitol in Washington, D.C., on May 4, 2017 after the House of Representatives narrowly passed a Republican effort to repeal and replace Obamacare.
NICHOLAS KAMM—AFP/Getty Images
By Abigail Abrams

American voters are not happy with Republicans when it comes to the debate over the country’s’ health care this year.

An overwhelming 81% of voters in a Quinnipiac University poll released Thursday say they disapprove of how Congressional Republicans are handling health care. That’s compared to just 11% who say they approve and 7% who say they don’t know.

Among Republicans, 66% of voters said they disapprove of how their own party is handling the health care debate, while 25% approve. And 93% percent of Democrats disapprove compared to 4%who approve of the GOP’s job.

When it comes to the plan that Republicans have proposed to replace the Affordable Care Act, 59% of voters in the survey said they disapprove of it, while 19% approve. Nearly half (44%) of voters also said they believe their health insurance costs would go up under the Republican health care plan.

Republicans have proposed a number of plans to repeal and replace former President Obama’s signature legislation over the past several months, but they have failed to garner enough support to pass any of the legislation.

The proposed health care bills would have caused millions of people to lose their health care, and the prospect of losing this care sparked many Americans to advocate and protest against the plans.

While the latest attempt to repeal the ACA is dead, the new Quinnipiac survey shows that this topic is still very important to the American people. Health care was listed as the most important problem facing the country by 26% of voters in the poll, topping categories like race relations (which 15% of voters said was most important), the economy (14%), foreign policy (13%), immigration and terrorism (both 8%). 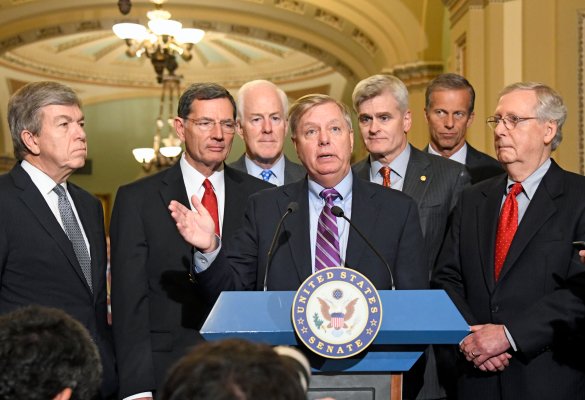 How the Graham-Cassidy Proposal Would Hurt Communities of Color
Next Up: Editor's Pick