While Taylor Swift has kept a relatively low profile since dropping the first singles from her upcoming album Reputation, a new behind-the-scenes video about her buzzworthy and reference-laden music video for “Look What You Made Me Do” reveals a major confirmation of a popular fan theory about the song.

In one of the scenes in the music video, Taylor is seen robbing a streaming company with her girl gang, who are all clad in cat masks, in the manner of a bank robbery.

Swifties hypothesized that the cat masks were an homage to Taylor’s cat, Olivia Benson, something that Swift confirms herself by pointing out how the masks could have looked even more similar to Olivia if they had just tweaked the ears a bit. Swift also talks about the heist scene, saying that “the absolute idiocy of this scene is that we’re robbing a streaming company as if they have a vault of cash.” 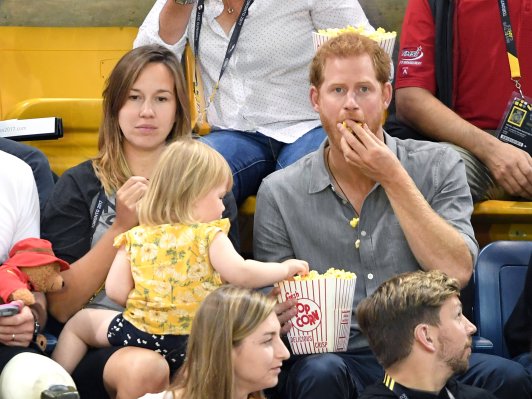 This Little Girl Stealing Prince Harry's Popcorn Is Everything
Next Up: Editor's Pick