Halo Top announced a new line of vegan and non-dairy flavors of its ice cream that has taken the dessert world by storm.

The company, which sells what it calls a healthy replacement for full-calorie ice cream, introduced the new line of ice cream Thursday, and said the flavors would hit grocery store shelves in mid-October.

Halo Top CEO Justin Woolverton said in a statement that the “number one request” he gets from customers is to make vegan and non-dairy friendly lines of the ice cream.

“It took a long time to ‘get it right,’ but we’re absolutely thrilled with the outcome and can’t wait for our fans to try these flavors,” he said. 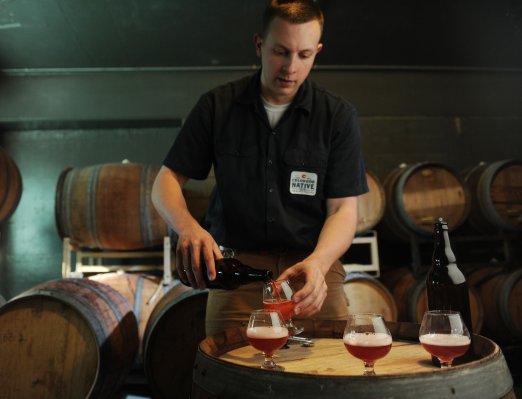 Why Everyone Is Suddenly Obsessed With Sour Beer
Next Up: Editor's Pick