Nancy Reed died at a Houston hospital on Sept. 15 after she fell inside a home that had been flooded with contaminated water, the Harris County chief medical examiner announced Tuesday. Reed’s official cause of death was necrotizing fasciitis, a deadly bacterial skin infection that rapidly eats away at the body’s soft tissue, according to the medical examiner and the Centers for Disease Control and Prevention.

Reed had also suffered “blunt trauma” of the “upper extremity” from the fall, health officials said. Her death is the 36th related to Hurricane Harvey in Harris County, the medical examiner said.

“It’s tragic,” David Persse, director of the city’s emergency medical services, told the Houston Chronicle. “This is one of the things we’d been worrying about once the flooding began, that something like this might occur. My heart goes out to the family.”

The CDC said more than one type of bacteria can cause necrotizing fasciitis, which can be treated if it is diagnosed in time. The most common type, group A Streptococcus, has led to about 700 to 1,100 annual cases of necrotizing fasciitis in the U.S. since 2010. It’s unclear how many of those cases resulted in deaths. 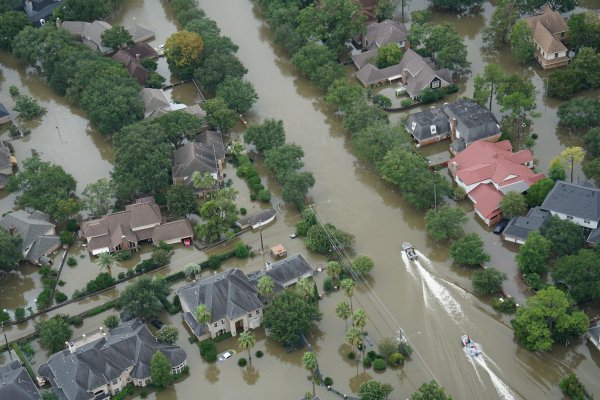