The 'Super-Malaria' on the Rise In Southeast Asia

This close-up photograph shows the Anopheles minimus mosquito, a malaria vector of the Orient, feeding on a human host. An. Minimus is one of the mosquito species responsible for spreading the drug resistant P. falciparum parasite in Thailand and Vietnam.
Media for Medical/Getty Images
By Tara John

Scientists warned on Sept. 21 that a drug-resistant strain of malaria that has spread from Cambodia into southern regions of Vietnam “presents one of the greatest threats to the control and elimination” of the disease. Here’s what to know:

In 2008, medical researchers identified a strain of malaria apparently resistant to the cornerstone of antimalarial drugs, artemisinin, in Southeast Asia. This so-called super-malaria first emerged in Cambodia and has since been detected in Thailand and Laos, in addition to Vietnam. Now researchers at the Mahidol Oxford Tropical Medicine Research Unit in Bangkok say the strain has become resistant to artemisinin’s partner drug, piperaquine.

In April, Vietnam’s Ministry of Health said the super-malaria had been reported in five provinces and could take root in the Mekong River basin. While the country had only three confirmed deaths from malaria in 2015, the most recent year for which data is available, more than 19,000 cases were reported. Resistance to malaria drugs could have severe consequences.

Researchers fear that if the drug-resistant strain spreads to Africa, where 92% of all malaria deaths occur, it could worsen what is already a major crisis there. The World Health Organization is rallying to fight multiple-drug resistance by eradicating the disease completely by 2030. But it remains a tricky proposal for something that is evolving so fast that it may not have a cure.

Most Popular on TIME
1
‘You Bet Your Ass I've Got Regrets.’ As Election Day Nears, More of Trump’s Former Officials Are Speaking Out Against Him
2
Everything You Need to Know About Nurse Ratched Before Watching the New Netflix Show
3
Donald Trump's Health Care Orders Lack Teeth 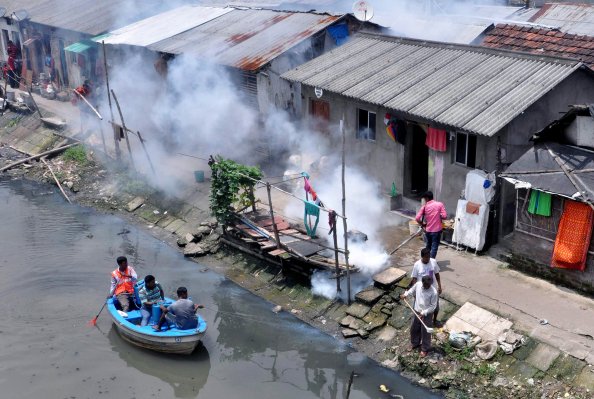 How to Wipe Out Malaria for Good
EDIT POST