Hey! You! Get Off of My Cloud! And Other Tales from the Family-Data-Sharing Economy

This morning I went to the gym, which means that sometime after I put on my running tights but before I actually broke a sweat I texted my 19-year-old son the following message: “At gym need music till 10.”

Because the sun had been up for only three hours, it’s quite possible my college-student son was still sleeping. But I didn’t want to take any chances. You see, until you experience it, you can’t really understand the unique, hair-on-fire fury you feel when you are a middle-aged woman who has turned the treadmill up to 6.8, meaning you are basically sprinting, but you’re listening to Stevie Wonder and feeling really good about your muscle mass, stamina and life in general when — blip! — suddenly the music stops and your iPhone screen says, cheerily, “Looks like you’re listening on another device.” And then, for just an instant, you feel like you could murder one of your children.

Why does my music stop when my son’s starts? If I could tell you that, I might be able to correct the problem. Even my smarty-pants digital-native progeny can’t quite get to the bottom of it. It has something to do with the cloud and my account and the fact that the children would rather tolerate Cat Stevens’ entire Tea for the Tillerman on their phones than pay for Apple Music themselves. My husband, sneakily, is not on the cloud I inhabit with the children. Imagine.

It used to be that I didn’t take the step of informing my son when I wanted to listen to music, but that got dangerous the time I was driving on a steep, winding road, headed to an unfamiliar destination, listening to Todd Rundgren and Waze simultaneously, when my son put on his headphones and walked to class. Thus ensued a battle to the musical death, as it were, with me stabbing the Play button on the dashboard every three seconds as he repeatedly stabbed the Play button on his phone. When I wouldn’t relent, he started texting me, asking me to surrender. And I couldn’t answer the texts because I was driving and not a complete idiot.

So I let him win that battle, but I won the war. I pulled rank: now, when we fight for music, Mom always gets to win.

Remember the old AT&T commercials imploring us to “reach out and touch someone”? Thanks to Apple Music and the cloud, my two older sons and I are touching each other all the time. Which is a good thing, right? The iPhone recently celebrated its 10th anniversary, and in just a decade it has made many things we do much easier — including parenting. But because so much of our kids’ lives are now happening on screens small enough to fit in a back pocket, they naturally have become so much more clever in the game of hide-and-seek with Mom and Dad. What happens on the phone stays on the phone, far from prying parental eyes. And so when I discovered I had access to my sons’ music, I felt like a spy who had successfully infiltrated an enemy camp. The music they downloaded told me something about them, and revealed how different they are from each other.

But as my boys learned in nursery school, there are good touches and bad touches. Now that the novelty has worn off and my children keep chewing through my iPhone storage with music I don’t want, we are entering bad-touch territory. Thanks to our connection, I have entire albums of music on my phone from artists I find depressing (Lana Del Rey) or ridiculous (Mariah Carey), or found unappealing the first time around (Abba). These are overwhelmed by the countless artists I’ve never heard of (A Boogie Wit Da Hoodie, anyone?). I’m not sure Apple is improving my life by making me feel so old and uncool. And we won’t get into the fact that, among the unfamiliar artists, many of them have lyrics so misogynistic that it makes me, the mother of three boys, put my head in my hands and wonder where I have gone wrong.

When I ask my sons why our music is linked and how we might fix it, I half-expect to find myself part of a BuzzFeed list: “10 Incredibly Clueless Texts From Moms: Which One Is Yours?” They are strangely unhelpful with this issue. I suppose it’s that, because I am paying the bill, they have little incentive to disconnect. Besides, I’m sure they have removed all of the John Prine I’ve downloaded by now. Pity. 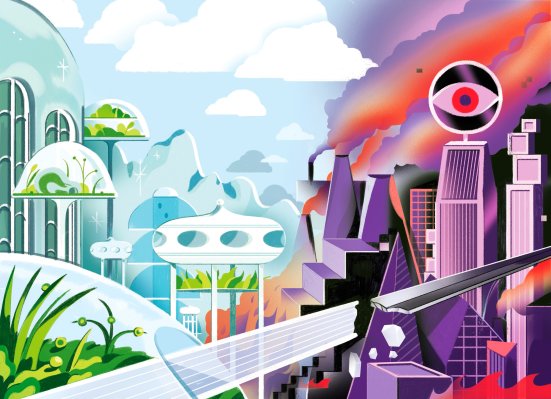 Paradise Lost: The Mysterious Case of the Missing Utopian Novels
Next Up: Editor's Pick