The trademark Tom Cruise character is the cat that eats the canary, looks around to make sure everyone knows how awesome he is for getting away with eating said canary–and then eats 10 more. Cruise was practically born to star in Doug Liman’s American Made as Barry Seal, a onetime TWA pilot from Louisiana who smuggled drugs for the Medellín cartel before becoming a DEA informant. In real life, Seal got away with all kinds of audaciousness, though the odds did catch up with him: he was murdered, in 1986, by Medellín assassins.

In American Made, Barry gets away with even more. We watch as he goes to work for the CIA–his handler is a classically inscrutable government foot soldier played by Domhnall Gleeson–then enters a deal with a wily Pablo Escobar henchman (Alejandro Edda). Before long he’s diverting guns meant for Nicaraguan contras to Colombian drug lords, grinning all the way. Once in a while, he expresses vague worries about the safety of his family, including multiple tykes and his seemingly smart but still inexplicably loyal wife Lucy (Sarah Wright).

Cruise plays Barry as an aw-shucks raconteur, and the routine is amusing at first. But midway through American Made, even Cruise devotees might decide enough is enough. At one point, Barry gets thrown in a scary Latin American jail and loses a tooth along the way, his temporary jack-o’-lantern smile shining like a beacon of human vulnerability. Cruise lets us have a laugh over it, but that tooth gets fixed pretty fast. We’re allowed to laugh with him, not at him. In the Cruise universe, our job is to admire. 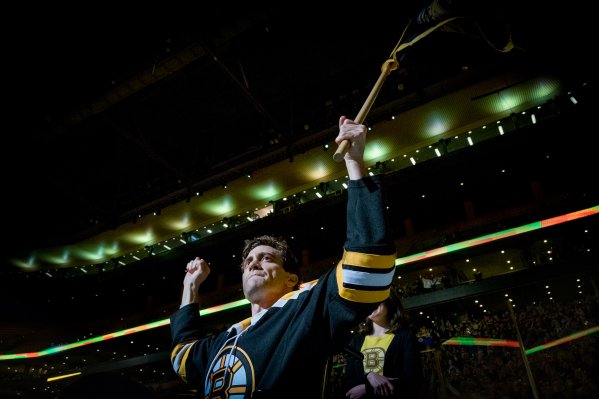