Immigrants join activists for an evening protest in Manhattan hours before a revised version of President Donald Trump's travel ban that was approved by the Supreme Court is to take effect on June 29, 2017 in New York City.
Joana Toro—VIEWPress/Corbis/Getty Images
By Tessa Berenson

The legal battle over President Donald Trump’s controversial March ban on travel from six Muslim-majority countries has been put on hold. The day the order expired, Trump issued a new version that short-circuited a Supreme Court hearing on the ban scheduled for Oct. 10. Now the immigration and government lawyers readying for a fight at the highest court must help the Justices decide whether the case is even worth hearing.

Trump’s new proclamation, unveiled on Sept. 24, imposes more tightly focused travel restrictions on five of the countries in the earlier ban–Iran, Libya, Somalia, Syria and Yemen–and adds three new nations: North Korea, Chad and Venezuela. Ever since Trump announced his original travel ban, just one week after taking office (and then revised it one month later), it has been mired in legal battles over whether it represents an unconstitutional ban on Muslims entering the U.S. Lower courts halted the policy before the Supreme Court agreed to take the case. The highest court then partially upheld the injunctions placed on it ahead of a final showdown in the fall.

But one day after Trump issued his new order, the Supreme Court announced it was removing the case from its schedule. The legal teams now have until Oct. 5 to file briefs on whether the move renders the matter moot. In other words, the court wants to figure out whether the expiration of the contested travel ban and the issuance of a new order mean that the case is no longer a current dispute and therefore not subject to a ruling.

This doesn’t mean the door is shut for the Supreme Court to hear a travel-ban case in the future. The court could put the same case back on its calendar after it receives the new briefs. But legal experts suspect the most likely outcome is that the court will decide that the case is effectively closed, thus avoiding a messy political fight. “I think the court never wanted this case,” says Garrett Epps, a professor at the University of Baltimore School of Law. “The case is a stinker, and they would be happy to see the end of it.”

Even so, the fight may continue. Rights groups could choose to file lawsuits against the new order, which might start working their way through the judicial system. Those affected by the latest iteration of the ban may yet get their day in court. 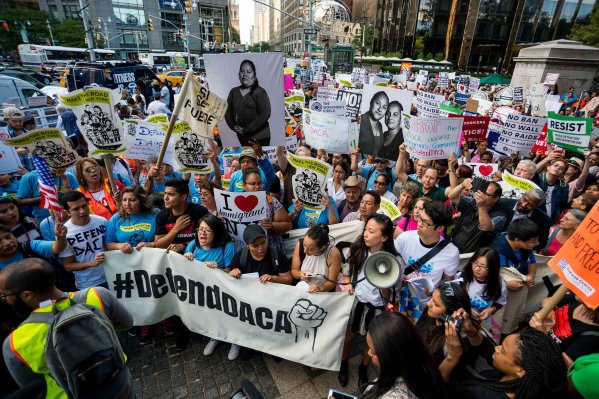