Steven Seagal Called the NFL Protests 'Disgusting.' Here's What the Internet Thought of That

Actor Steven Seagal became the subject of online mockery Wednesday after he said on British television that recent kneeling protests at NFL games were both “outrageous” and “disgusting.”

Speaking via satellite from Moscow, where he now lives, Seagal told the hosts of Good Morning Britain that he disagreed with the movement started by professional football players who chose to kneel during the national anthem to protest police brutality and racial inequality.

His remarks echo those of President Donald Trump, who has called the action “disgraceful” and suggested that athletes who do not stand during the anthem should be fired. Trump’s remarks on Twitter calling out athletes by name have reopened a national debate about free speech and race, and pitted the president against some of the country’s most influential figures in the world of sports.

“I believe in free speech, I believe that everyone’s entitled to their own opinion, but I don’t agree that they should hold the United States of America or the world hostage by taking a venue where people are tuning in to watch a football game and imposing their political views,” Seagal said on the show, hosted by Piers Morgan. “I think it’s outrageous, I think it’s a joke, it’s disgusting.”

Seagal also defended Trump and Russian President Vladimir Putin — who personally signed the executive order granting him Russian citizenship — during the interview. Seagal’s praise of the two leaders and his condemnation of the NFL protests prompted a range of swift reactions from Internet users. 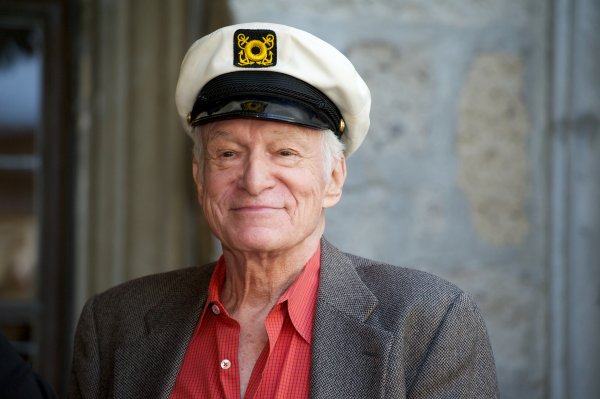 Read What TIME Said About Hugh Hefner 50 Years Ago
Next Up: Editor's Pick