Jay-Z, Jennifer Lopez, DJ Khaled and a host of other artists are set to perform at a benefit concert for communities devastated by Hurricanes Harvey, Irma, and Maria, as well as the 7.1 magnitude earthquake that recently tore through Mexico.

The lineup for Tidal X: Brooklyn — to be held at New York’s Barclays Center — was announced Wednesday. It also features Kaskade, Chris Brown, Cardi B, Fat Joe, Remy Ma, Daddy Yankee, Yo Gotti, A$AP Ferg, Vic Mensa, and Fifth Harmony, among others. The concert will be hosted by radio luminary Angie Martinez with guest appearances from Rosie Perez and Lin-Manuel Miranda.

All net proceeds from ticket sales at the Oct. 17 concert will go towards disaster relief efforts in afflicted areas. Benefactors include the Empire State Relief and Recovery Effort for Puerto Rico, Global Giving, All Hands Volunteers, and others, Rolling Stone reports.

This is the third time streaming service Tidal has held an annual benefit show. The first, in 2015, featured performances from Beyoncé, Jay Z, Prince, and Usher, and raised money for non-profits focused on social injustice. Tidal’s 2016 benefit supported education for New York City-based children. According to Tidal, the events have raised more than $3 million in total.

Beyoncé, who performed in both 2015 and 2016 was a rumored headliner when the this year’s show was initially announced last week but does not appear on Tidal’s official lineup. 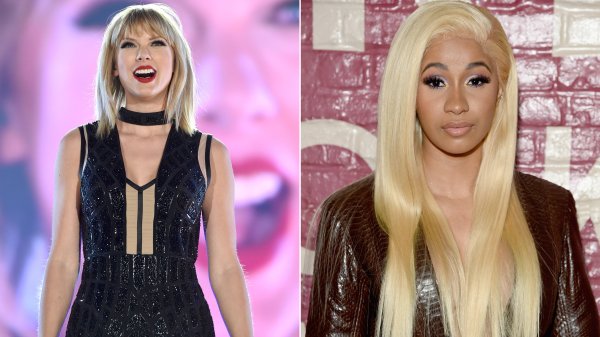 This Is How Taylor Swift Congratulated Cardi B on Knocking Her Off the #1 Spot
Next Up: Editor's Pick