Police: Man Killed His Ex-Wife With an Ax in Front of Her House

A woman in Chalmette, La., was allegedly killed by her ex-husband in her front yard Wednesday morning.

The suspect, who was not identified by name, may have been hiding under the home waiting for the victim to leave for work, according to Fox affiliate station Fox 8. The victim was pronounced dead at the scene, according to CBS affiliate WWLTV.

The couple, who has one son together, was involved in an ongoing dispute, and the suspect had been arrested in relation to a domestic violence incident in 2015, according to Fox.

The victim’s mother was also in house but was able to run away when the suspect first attempted to attack her, Fox 8 reported. Police searched the surrounding area for the suspect, but St. Bernard Deputy Chief John Doran told the network that he ended up turning himself in shortly after and that neighbors may have witnessed the attack.

TIME reached out to the St. Bernard Sheriff’s Department, but did not receive an immediate response. 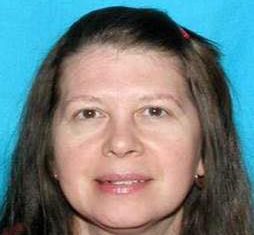 Killer Clown Shot a Woman and Then Married Her Husband, Authorities Say
Next Up: Editor's Pick