Now that the repeal of the Affordable Care Act is off the table, Jimmy Kimmel has found his new moral stance—pumpkin spice pizza.

While earlier in the week, Kimmel promised his audience that he would “go back to talking about the Kardashians!” after fighting against the Graham-Cassidy health care bill, on Tuesday night’s episode of Jimmy Kimmel Live! the host once again used his monologue to preach about an evil he saw in the world, namely, pumpkin spice pizza. “Is nothing sacred?” complained Kimmel.

The pizza in question comes from Villa Italian Kitchen, the people who brought the world the real pizza bikini that no one wanted. They have done it again with their pizza covered in pumpkin spice, which Kimmel noted were “two things that go together like peanut butter and snow tires.”

Kimmel wasn’t the only late night host to weigh in on the pumpkin spice pizza. Seth Meyers tackled the topic earlier in the week, comparing it to a “linguine mocha”. 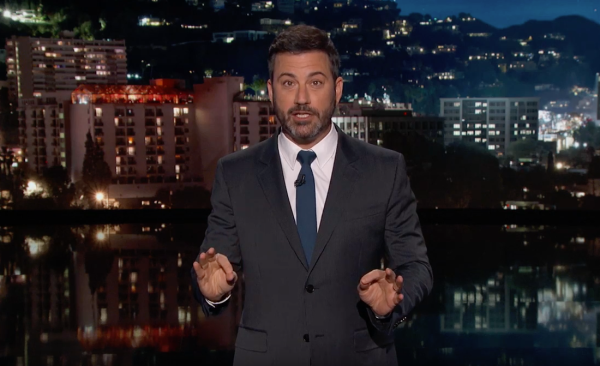 Jimmy Kimmel Thinks 'Donald Trump Has More Flip-Flops Than a Jimmy Buffett Concert' So He Made a Supercut
Next Up: Editor's Pick