Following the death of the Graham-Cassidy bill — the latest Senate attempt to repeal Obamacare — Jimmy Kimmel took to the Live! stage to express his relief that the proposal wouldn’t pass.

Senate Majority Leader Mitch McConnell announced Tuesday that the Senate would not vote on Graham-Cassidy in the wake of Senators Susan Collins and John McCain declaring their opposition to it. However, the latter’s decision drew some blowback from President Donald Trump, who tweeted in criticism of McCain reversing his position on Obamacare — a stance that Kimmel found hypocritical.

“The President had the good sense last night to lash out at John McCain on Twitter,” he said. “McCain didn’t even flip-flop on this. He’s still in favor of repealing and replacing, just not repealing and replacing with a flaming bag of dog crap. And the idea that Donald Trump would criticize anyone for changing his position is very rich. It’s definitely richer than he is. Donald Trump has more flip-flops than a Jimmy Buffett concert.”

The late night host then aired a montage showcasing the “bigliest about-faces from Donald Trump himself.” 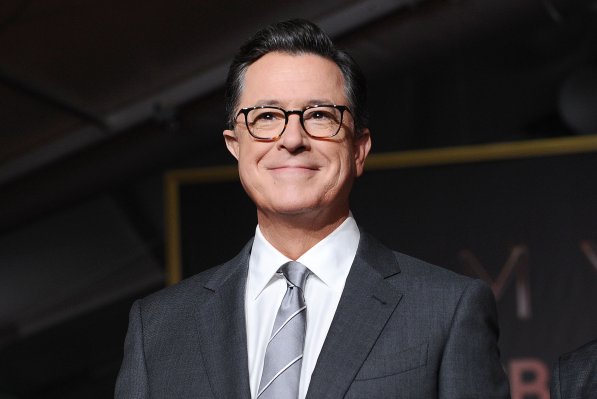 Stephen Colbert Says the NFL Protests and Trump Have One Thing in Common
Next Up: Editor's Pick