Google Celebrates 19 Years of Search With This Interactive Doodle

Nineteen years ago, Google began its ambitious task of organizing the Internet. This Wednesday, the search engine celebrates with a new interactive Doodle that directs users to some of the company’s hidden gems developed over the years; games, virtual tours, rabbit-holes of obscure histories and more.

“They say life is full of surprises, and Google’s history is chock-full of them,” the company said. “In fact, we wouldn’t be here without them.”

The “happy surprise that started it all,” Google said, was when co-founders Sergey Brin and Larry Page met on the campus of Stanford University in 1997. The pair founded the company a year later with a mission to “organize the world’s information and make it universally accessible and useful.” Google has since evolved into one of the world’s leading tech companies, serving more than 4.5 billion users in 160 countries in 123 languages.

Spin the wheel to explore some of Google’s most mesmerizing moments with this new interactive Doodle. You may find yourself under the waters of the Galapagos Islands, making your own sound and light shows inspired by the German-American filmmaker Oskar Fischinger, learning about the history of Hip Hop, or playing classic games such as solitaire or snake. 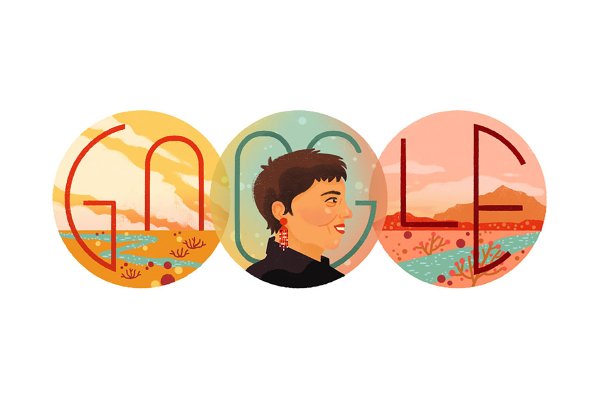 Google Doodle Celebrates Gloria E. Anzaldúa's Birthday. Here's What to Know About Her
Next Up: Editor's Pick