After getting cut off mid-speech at the 2017 Emmys, Sterling K. Brown shared his thoughts on the snub during a Monday appearance on The Late Show.

The This Is Us star was played off the stage during his acceptance speech for Best Actor in a Drama, prompting him to comment to Late Show host Stephen Colbert on the apparent contrast between the length of speaking time allotted to himself and Best Actress in a Drama winner Nicole Kidman. Brown was cut off after less than two minutes while Kidman was allowed to finish her nearly 3-minute acceptance.

“Not everybody can be pretty Australian white women who have won Oscars in the past,” Brown told host Colbert.

However, the 41-year-old actor was quick to add that he has no hard feelings. “Not that I’m blaming her. It’s not her fault. And you know, you got to go to commercial break. I got the chance to make the speech even longer because I got to finish it backstage. It was perfect.” 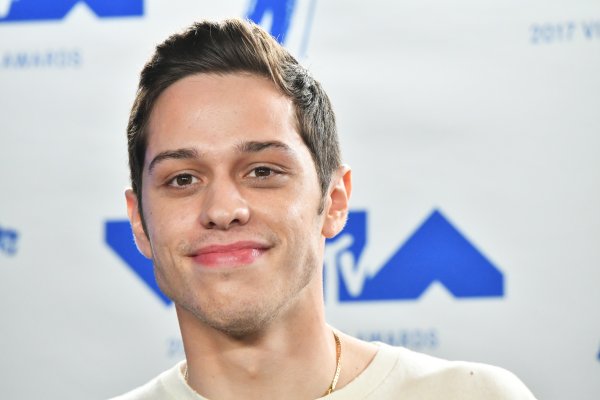 'Worst Year of My Life': Saturday Night Live's Pete Davidson Opens Up About Mental Health Struggles
Next Up: Editor's Pick