See What Puerto Rico's Blackout Looks Like From Space

A combination of NOAA satellite images taken at night shows Puerto Rico in July, top, and on Sept. 24, 2017, after Hurricane Maria knocked out the island's power grid.
NASA/NOAA/Handout/Reuters
By Aric Jenkins

The National Oceanic and Atmospheric Administration released powerful images showing what Puerto Rico looked like from space before and after Hurricane Maria devastated the region.

The satellite images, which were released Monday, juxtapose the island the night before the hurricane hit and four days after it made landfall. With the exception of a glow from the capital city of San Juan, Puerto Rico remains nearly completely blacked out after the hurricane knocked out the entire island’s power.

Authorities say that Puerto Rico could be without power for months. Even San Juan, which has restored some of its power lines, is noticeably darker in the aftermath of Maria. “The San Juan that we knew yesterday is no longer there,” Mayor Carmen Yulín Cruz told NBC last week. “We’re looking at four to six months without electricity” in Puerto Rico, she added.

The U.S. commonwealth’s governor, Ricardo Rosselló, described Maria as the “worst hurricane in modern history.” He is now pleading for the federal government to step up its humanitarian efforts, emphasizing that Puerto Ricans are American citizens.

“We need something tangible, a bill that actually answers to our need right now,” he told CNN Monday. “Otherwise, there will be … a massive exodus to the [mainland] United States.”

President Donald Trump, whose administration has been criticized for its response to the crisis, is scheduled to visit Puerto Rico next Tuesday.

“Texas & Florida are doing great but Puerto Rico, which was already suffering from broken infrastructure & massive debt, is in deep trouble..” he tweeted Monday morning.

The Federal Emergency Management Agency said Tuesday in a tweet that “10 [thousand] federal staff” have been deployed to Puerto Rico and the U.S. Virgin Islands, another victim of Maria, to assist with search and rescue and power restoration. 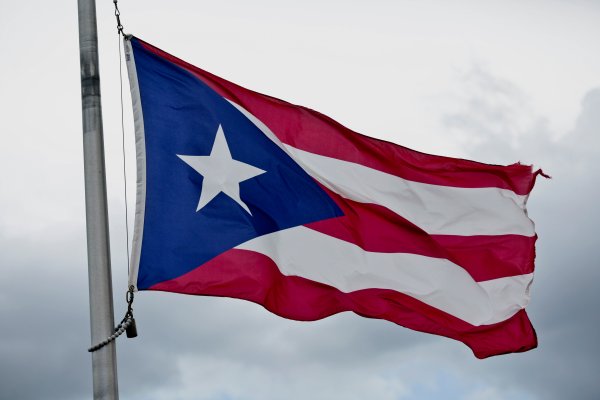 Is Puerto Rico Part of the U.S? Here's What to Know
Next Up: Editor's Pick