Maine Senator Susan Collins said Monday that she will vote against the Graham-Cassidy health care bill, becoming the third Republican Senator to oppose the latest effort to repeal the Affordable Care Act.

“Today, we find out that there is now a fourth version of the Graham-Cassidy proposal, which is as deeply flawed as the previous iterations,” she said in a statement on Monday. “The fact that a new version of this bill was released the very week we are supposed to vote compounds the problem.”

The Congressional Budget Office said Monday that the latest version of the bill would reduce insurance coverage for “millions,” the Associated Press reported.

Collins joins fellow Republican Senators John McCain and Rand Paul in opposing the bill, all but guaranteeing its demise. 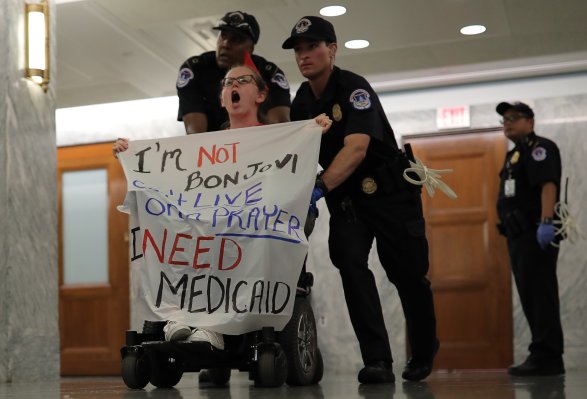 Protesters Dragged Out of Hearing on GOP Health Bill
Next Up: Editor's Pick